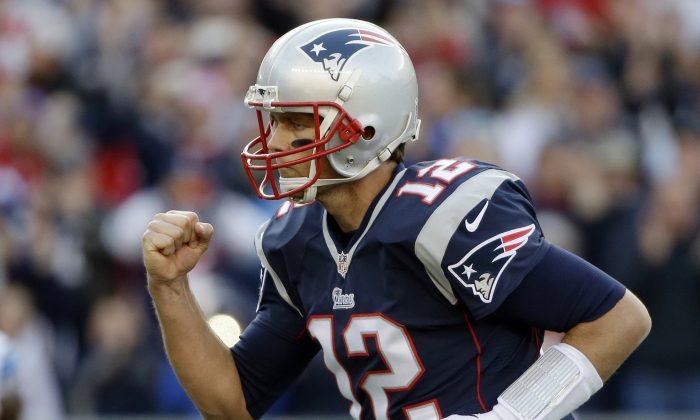 There’s something about that statement fashioned around a quarterback’s wrist. Wary should be any football team whose motherboard, the so-called signal caller, is without one. It would be like getting caught with his pants down, off guard to hungry defenses.

The wristband, an assimilation of codes, helps the quarterback communicate the play to his teammates in an instant. Which call to make depends on a myriad of factors like the time left in the game, the down, the distance, and the apparent kind of defensive alignment the offense is up against. Many times, the play comes in from the coach on the sideline. The quarterback, who must be not just physically agile but mentally sharp, glances at the wristband and signals the code so that linemen understand their blocking schemes, receivers their routes, running backs their differing duties—blocking or running with the ball.

Most NFL teams keep two quarterbacks on the active roster (though occasionally there are three). So what if both go down? In the Super Bowl era, which officially kicked off in 1967, that can be settled by a team claiming a player off the waiver wire or upgrading a quarterback on its own practice squad. In either event, that quarterback will find the wristband his best friend in preparing and at game time.

Teams of a bygone era, however, didn’t even have that “luxury” of grabbing a quarterback—or any other position—cut by another team who was ready for grooming. If a team lost a player at an untimely juncture in the season or elsewhere, it was “sorry, Charlie.” Lemonade had to be made from a lemon.

The case in point was the 1965 season, the origin for the use of wristbands. The then-Baltimore Colts found themselves in a bind when both quarterbacks, starter Johnny Unitas and backup Gary Cuozzo, were injured and couldn’t play. Without another quarterback on the roster, the Colts turned to Tom Matte (pronounced “măt-tay”), a reserve running back with no pro experience as quarterback.

Help for this newly christened starting quarterback was on the way through the genius of head coach Don Shula and his offensive coordinator Don McCafferty. Matte’s better half, his wife Judy, had the solution. She wrote a tiny-yet-legible enough version of the Colts’ playbook on a piece of paper slipped inside a transparent band of her husband’s wrist. It was scaled down, of course, consisting mostly of draw plays and handoffs.

Matte executed the plays on the wristband well enough on the last game of the season to defeat the Los Angeles Rams, a game that may have embarrassed the Rams organization enough that it fired its head coach.

Tied for first place in the Eastern Division, Matte led the Colts into fabled Lambeau Field in Green Bay to face the Packers in a special playoff game. (Divisional “tiebreakers” in pre-Super Bowl years was a head-to-head game.) The Packers were led by four future-Hall of Fame players and Hall of Fame coach Vince Lombardi, for whom the modern Super Bowl trophy is named. The banged-up Colts, in which Matte completed 5 passes in 12 attempts, were to lose by the margin of a controversial field goal. The Colts, again led by Matte, went on to wallop the up-and-coming Dallas Cowboys in a consolation game informally called “the Runner-up Bowl.” Matte passed for two touchdowns and was named that game’s Most Valuable Player. His statistics were not logged, however, since this post season event was cast as an “exhibition game.”

Nonetheless, Matte had not just gained respect from the nation but etched a niche in football lore. His wristband, which can be viewed at the Pro Football Hall of Fame in Canton, Ohio, set off a trend to this day. Tom Brady of the New England Patriots, Eli Manning of the New York Giants, and Ben Roethlisberger of the Pittsburgh Steelers are among notable quarterback peeking at their wristband-cum-playbook between downs.

Wristbands, obviously, made the job of signal caller a little easier. Tom Matte and the coaches and fans of the Baltimore Colts have Judy Matte to thank for her service, taking the concept of a playbook within arm’s length, literally, and making it a reality. “She’s in the Hall of Fame,” Matte once chuckled to the Baltimore Sun about his wife’s contribution to his moment in the sun as a pro quarterback. Her one iota has become a big part of the biggest game on the landscape of American sports.

Tim Wahl is an ESL teacher and a writer in Los Angeles, California.  His book ‘Footballogy: An English Learner’s Guide to American Football” is to be released in summer 2018.