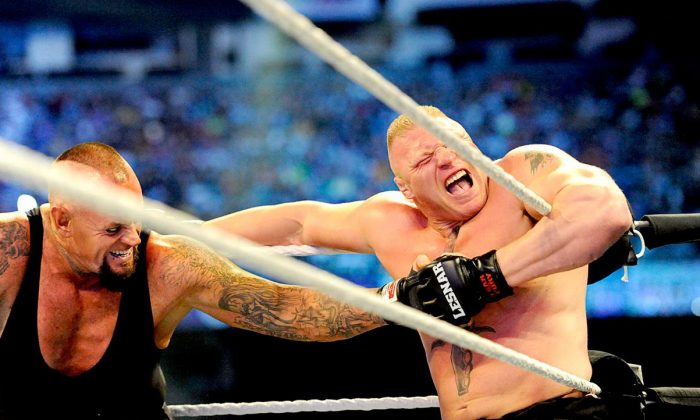 WrestleMania 30, or at least the main portions, will be broadcast on NBC on Sunday night.

The special will start at 7 p.m. EDT and run for approximately an hour.

“For the sixth year in a row, this special will allow fans to relive moments celebrating 30 years of the world’s most popular sports entertainment extravaganza,” the network said.

WrestleMania 30 took place earlier this year but was only available via pay-per-view.

“WWE’s annual pop-culture extravaganza sold-out the Mercedes-Benz Superdome in New Orleans with more than 75,000 fans from all 50 states and 37 countries in attendance. WrestleMania 30, grossing $10.9 million, broke the record for the Mercedes-Benz Superdome’s highest grossing entertainment event, which was broadcast worldwide in more than 100 countries and 20 languages and reached a record 1 million households in the U.S. on WWE Network and pay-per-view combined,” WWE noted.

“Next year’s WrestleMania 31 takes place on Sunday, March 29, 2015 at Levi’s Stadium in Santa Clara, California. Ticket information will be announced later this year.”