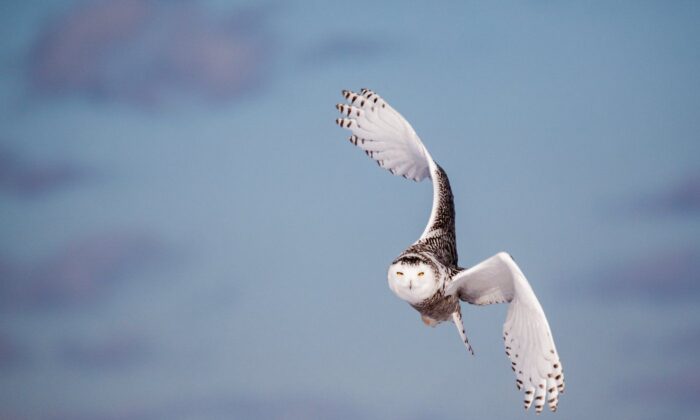 The piercing yellow eyes and deadly hunting skills of the snowy owl awe bird-lovers in the U.S. Midwest every winter.

Now, thanks to what has been heralded as the most comprehensive summary of migration patterns ever assembled, those birders can see where those raptors migrated from: the Seal River watershed in northern Manitoba.

“We didn’t know that,” said Jeff Wells of the National Audubon Society, which activated its online Bird Migration Explorer on Thursday.

“We didn’t know that the owls that go to the Midwest are filtering through the Seal River.”

The Explorer, which combines millions of observations on hundreds of bird species, is full of such connections linking countries and continents—and amazing discoveries.

That warbler in your backyard may be on its way from Alaska’s Bering Strait to the Amazon rainforest. That little shorebird in the slough down the road is capable of zipping through the entire United States in a couple of days.

“There has never been so much compilation of migratory tracking information in one place,” said Wells.

The Explorer is the result of four years of work and millions of dollars.

It uses more than 500 peer-reviewed studies from 283 institutions. It draws on decades of bird-banding data from agencies such as the Canadian Wildlife Service, as well as tracking data from hundreds of transceiver-implanted birds.

It has input from states and provinces, a half-dozen national governments, nine large environmental groups and several private companies. It folds in millions of observations from thousands of birders across the continent through the online portal eBird.

For each of the 458 species, users of the free, public website can check where that bird they’re looking at has been, where it’s going and who’s going with it. They can see its conservation status and what threats it faces at which points along its migration route. Or they can look at the big picture and marvel at the winged rivers crossing continents.

Conservation planners can use it to identify critical habitats instead of leafing through academic papers and hounding colleagues for data.

“I’ve done that for years,” said Wells. “You’re always piecemealing it together and drawing broad generalizations.

“This really is groundbreaking.”

But perhaps the most important feature of the Explorer is the story it tells about connection. Edmonton bird-lovers will discover that avian friends from their neck of the woods travel as far as Peru; eight species travel every year between Toronto and Cuba.

Birds are one way that human activities in one place affect somewhere else far away, said Stuart Mackenzie of Birds Canada.

“It highlights the complexities of the systems we’re trying to understand and save and the importance of linkages. We can’t have a closed-border approach to conservation.”

It will also allow planners to link different species.

“If 20 species are all being impacted by the same threat, we can address the threat once instead of doing it 20 times,” said Mackenzie.

Then there’s just the sheer coolness of it, Mackenzie said.

“There’s also a large wow factor, which is incredibly engaging, like ‘My backyard is home to birds from the Arctic—that blows my mind!’

“That level of engagement, even at the most basic level, is so critical when we’re trying to save our environment and our species.”

The tool also reveals information gaps—useful to researchers looking to make the best use of their resources.

Even after a lifetime in bird science, said Wells, he learns something when he opens the Explorer.

“Every time I open it there’s something new. You can see the connections of your place to the rest of the world.”