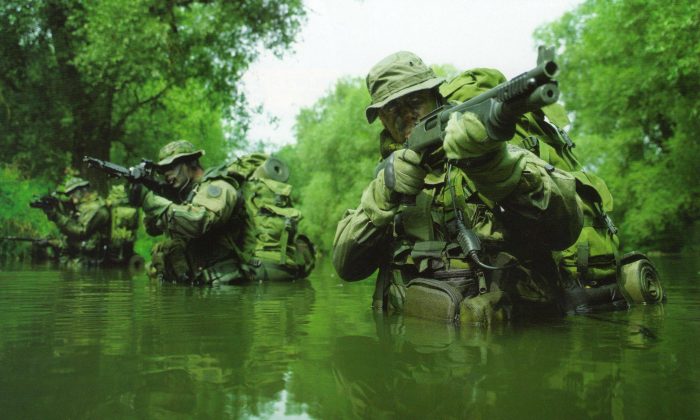 Would the U.S defend Guyana against a Venezuelan military invasion?

Caracas, Venezuela; –  Guyana and Venezuela have been embroiled in a border controversy that spans itself across three centuries and across the lifetime of several heads of state.

In its simplest form, Venezuela is maintaining that the entire Essequibo, which is a geographic area that represents almost two thirds of Guyana’s land mass, belongs to them.
On the other hand, Guyana has been relying heavily on an 1899 Paris arbitration ruling which confirmed that the Essequibo region belongs to Georgetown.

However, this ruling has never found favour with the Venezuelans, who continued to mount challenges and claims that tipped the scale again in 1966 when Guyana was granted independence from Britain.

As such, there have always been repeated tit-for-tats over the Essequibo, with silent fears that at some point Caracas may lose its patience and make an attempt to take the mineral rich region by force.

This underlying fear is even more realistic when you consider the many land grabs that took place before our very eyes during 2014, and others that have now stretched over into 2015.

The most prime example in 2014 was China’s blatant grab of a stretch of strategic Islands off the coast of the Philippines, and its intent to defend that land grab militarily.

Interestingly, the Philippines has been a strategic ally of the United States and the West for decades; and have even given support to Washington when President Bush had pushed for a Coalition of the willing in March 2003 to invade Iraq.

But ironically, in 2014 when the Chinese invaded and took away the contentious stretch of Islands that were claimed by the Philippines, everyone else simply stand aside and watch.

Turning to Ukraine, the situation is ideally the same.

Since the fall of the Soviet Union, Ukraine has steadfastly holds it allegiance to the West and have even overthrew a Moscow-leaning President in their quest to lean towards Europe and the United States.

So when Russia threatened to grab the Crimea Peninsula from Ukraine, Kiev’s citizens were emboldened by the belief that the United States or Europe would defend them militarily.

In their view, a Russian invasion and grabbing of their land was both a military and territorial impossibility

But when Vladimir Putin sent his troops to take Crimea in 2014, again the world stand aside and look, except for the usual verbal condemnation from the West.

The citizens of Ukraine obviously fail to remember what had occurred earlier to their other West-leaning neighbours; namely Moldova and Georgia who had also suffered similar land grabs by the Russians, while no one came to their rescue.

Many in the world of diplomacy are still battling for answers, but the obvious story to the naked eye is that the United States would not necessarily go to war, even for some of its most important allies.

After all, The former Soviet republics of Moldova, Georgia, and Ukraine are more militarily and strategically important to the United States and Europe’s ability to suppress a nuclear attack or war with Russia, than any other grouping of countries in the World.

So it begs the question as to why the U.S refused to militarily defend any of them against an invasion from Moscow.

On the other hand, it also sends a clear message that if the United States or England would not rush to defend its own allies, why would they rush to defend any other seemingly insignificant democracy from a military invasion or a military occupation.

Half a world away, countries in the Caribbean, except for Cuba, has no military or strategic importance to Washington, unless they evolve into a Soviet-style dictatorship.

However, in Guyana, many of its citizens have the same mindset of the people of Ukraine, and seem to be running away with the false notion that if Venezuela should make an attempt to take over the Essequibo region by force, the United States and other Western countries would rush to the English speaking nation’s defense.

But if the experiences of much more significant U.S allies are anything to learn from, then the answer is clear that the United States or Europe would not put a single boot on the ground to stave off a Venezuelan invasion of the Essequibo.

After all, in late 2014, Guyana had refused to support Ukraine, the United States and the European Union when they were begging Georgetown  to support the West’s condemnation of Russia for invading Ukraine and for taking away the 27,000 square Kilometer of land on the Crimean Peninsula.

Hence, who in Guyana would be crazy enough to believe that the West would now want to rush to our rescue if the table is turned on us?

(Editorial note: This article was an opinion piece by international journalist, Dennis Adonis)