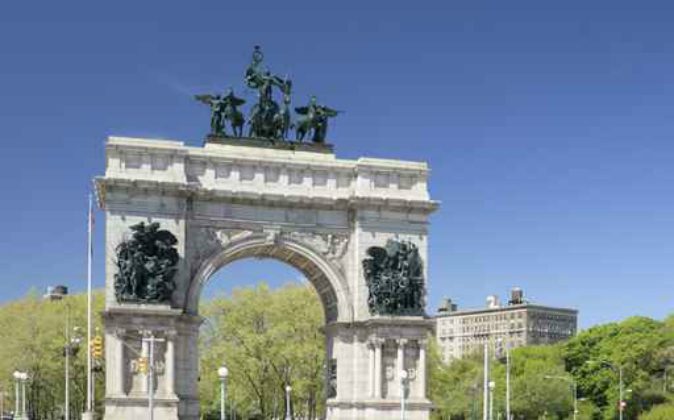 (Via AP)
Crime and Incidents

A jogger in Prospect Park, New York was wounded after fighting off a would-be rapist with a knife early on April 20, officials said.

Police in Brooklyn are searching for the woman’s attacker who was described as black and 5-foot-11 with a goatee.

According to officials, the incident occurred at about 5:15 a.m. in Prospect Park, near Garfield Place and Prospect Park West.

The unnamed 23-year-old woman told police that a man ran up behind her and threw her to the ground. According to ABC7, the man then pulled out a knife and told her he was going to sexually assault her.

The woman somehow managed to fight off her attacker, and the man fled.

During the horrific experience, the woman suffered a cut on her right index finger. She was taken to New York Methodist Hospital, where she received six stitches.

Officers said the man was also wearing a black sweatsuit.

“We need people, if you saw something, please report it to the police department so we can apprehend this person,” Adams said.

According to Trulia, in 2016 up to March 27, the Prospect Park neighborhood has had 12 counts of theft; 9 counts of assault; and 3 counts of robbery.  No burglaries have yet to be reported.

Anyone with information about the crime scene that occurred today, is asked to call Crime Stoppers at (800) 577-TIP.