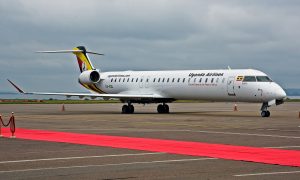 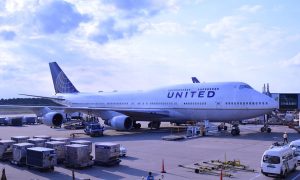 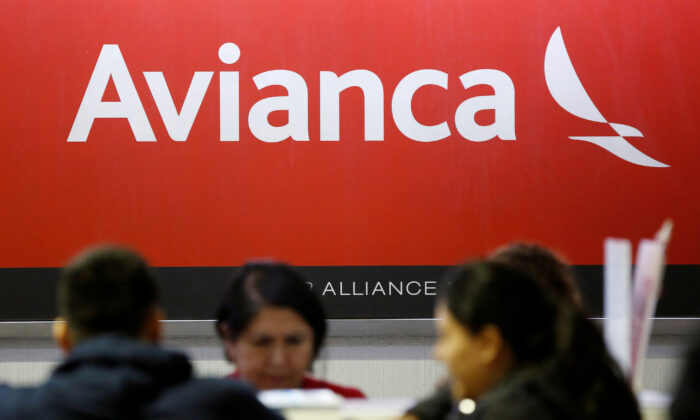 The logo of Avianca Airlines is pictured at a counter at the Benito Juarez International Airport in Mexico City, Mexico, on March 16, 2020. (Gustavo Graf/Reuters/File Photo)
WORLD

World’s Second-Oldest Airline Files for Bankruptcy Due to Pandemic

Avianca Holdings, the world’s second-oldest airline, filed for bankruptcy on Sunday, after its fleet was grounded due to air travel restrictions imposed by governments worldwide in response to the COVID-19 outbreak, the disease caused by the CCP virus.

The Colombian carrier, which serves over 50 percent of the country’s domestic market, said in statement on Sunday that it filed for Chapter 11 bankruptcy protection in a court in New York.

The company said the filing was part of a reorganization process as it seeks to “protect and preserve operations” until the pandemic eases and travel restrictions are lifted.

“We believe that a reorganization under Chapter 11 is the best path forward to protect the essential air travel and air transport services that we provide across Colombia and other markets throughout Latin America,” Anko van der Werff, Chief Executive Officer of Avianca, said in the statement. “Avianca has operated for more than 100 years—only the second airline in the world to achieve this milestone.”

The pandemic has grounded Avianca’s flight operations since mid-March, decimating the company’s income by over 80 percent. Most of its 20,000 employees have gone without pay through the crisis.

“Avianca is facing the most challenging crisis in our 100-year history as we navigate the effects of the COVID-19 pandemic,” van der Werff said.

Avianca, Latin America’s third-largest airline, said in the statement it expects the Chapter 11 bankruptcy protection process to enable it to restructure its balance sheet and obligations in a way that will let the company “comprehensively address liabilities, leases, aircraft and other commitments.”

The airline, which has a fleet of 158 aircraft across 27 countries, said it has called on Colombian authorities to provide a bailout.

“Avianca continues to be engaged in discussions with the government of Colombia, as well as those of its other key markets, regarding financing structures that would provide additional liquidity through the Chapter 11 process,” the statement said.

If the company does not come out of bankruptcy, Avianca will be one of the first major carriers worldwide to go under as a result of the pandemic.

The company’s loyalty program, which is administered by a separate firm, is not part of the Chapter 11 filing, the statement said.