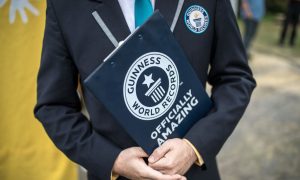 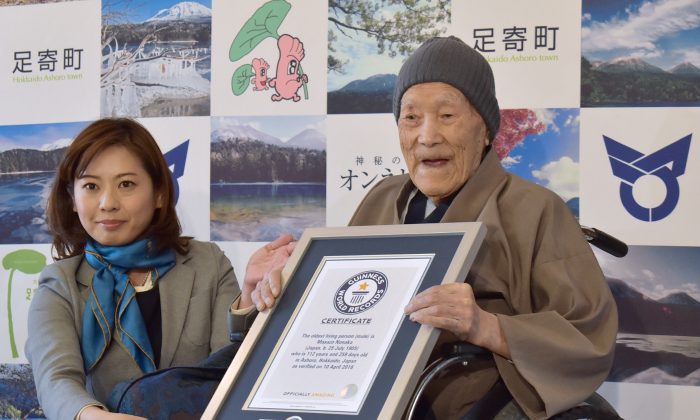 The world’s oldest man—Masazo Nonaka, Japanese—has died at the age of 113.

Nonaka died in the early morning hours of Jan. 20 at his home—an inn on Japan’s northern island of Hokkaido run by his family for four generations.

“We feel shocked at the loss of this big figure. He was as usual yesterday and passed away without causing our family any fuss at all,” his granddaughter Yuko told Kyodo News.

When Nonaka was 112 years old, he was recognized as the oldest man living by the Guinness World Records in an April 10 ceremony attended by family and local officials.

Nonaka was born on July 25, 1905, 42 days before the Russo-Japanese War ended with the Treaty of Portsmouth, mediated by Theodore Roosevelt.

Reuters reported that Nonaka was a farmer and lumberjack in his youth, later going on to run a hot-spring resort in his hometown Ashoro. He had six brothers and one sister, marrying in 1931 and fathering five children—two sons and three daughters.

A document kept by the local welfare authorities describes how Nonaka regularly soaked himself in sulfur-rich hot springs and has an insatiable appetite for sweets, especially strawberry shortcake.

During the Guinness World Records ceremony, he was offered cake but could only eat the whipped cream as he was not able to eat solid food.

In retirement, he enjoyed watching sumo wrestling on TV and eating sweets, according to local media.

Japan has one of the world’s highest life expectancies and was home to several people recognized as among the oldest humans to have lived. These included Jiroemon Kimura, the longest-living man on record, who died soon after his 116th birthday in June 2013.

The oldest verified person—the French woman Jeanne Louise Calment—died in 1997 at the age of 122, according to Guinness World Records.

Agence France-Presse and The Associated Press contributed to this report