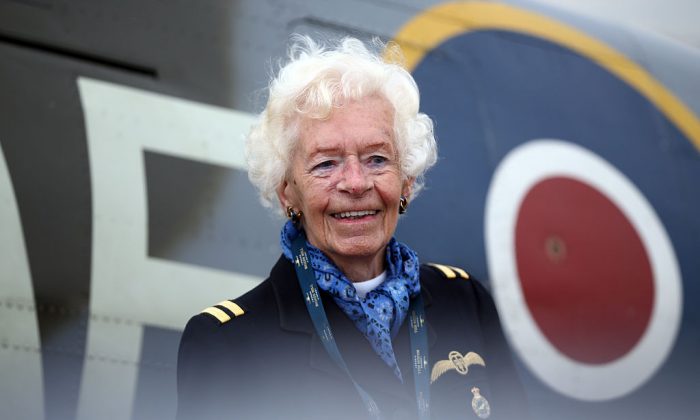 One of the last living female World War ll pilots has passed away at age 101.

Mary Ellis was a member of the United Kingdom’s Air Transport Auxiliary (ATA) during the war, delivering Spitfires and bombers to the front lines, reported BBC.

Ellis said previously that she had flown about 1,000 airplanes during the war, including her favorite, the Spitfire.

She joined the ATA in 1941 after hearing an advertisement for female pilots broadcast on BBC Radio. She had learned to fly at a flying club near her home in Brize Norton in Oxfordshire, reported the Telegraph.

After farming for a while near her hometown, Ellis later moved to Isle of Wight and managed the Sandown Airport there.

Mary Ellis 101, older than the RAF by one year. One of 167 female pilots who courageously flew #RAF aircraft from factories to front line Sqns without navigation aids, radios or defences during WW2. Without the ATA #RAF100 might not have happened. Aetheris Avidi ?✈️ pic.twitter.com/Q4RrJ0kRyI

Very sad to hear that WW2 ATA pilot Mary Ellis has died aged 101. A truly remarkable lady, she flew 400 Spitfires & 76 different types of aircraft during WW2. Another giant leaves us to john her heroic friends in Blue Skies. Rest in peace Mary; you truly deserve it. Thank you. pic.twitter.com/br00jZxGiu

She died at her home on the island.