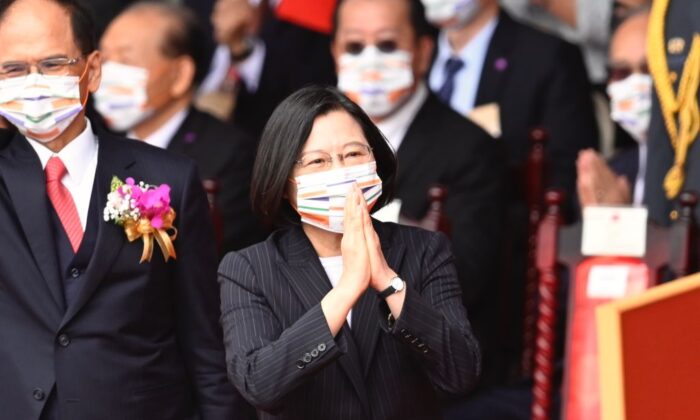 TAIPEI, Taiwan—Beijing’s interference has again prevented Taiwan from participating in a World Health Organization (WHO) meeting, the island’s Ministry of Foreign Affairs stated.

Taiwan didn’t receive an invitation from the WHO to attend the virtual meeting of the 73rd World Health Assembly (WHA), the United Nations agency’s decision-making body, the Ministry said on Nov. 8. It expressed its “regret and dissatisfaction” over both Beijing’s “obstruction” and the WHO’s “continued negligence of the health and human rights of Taiwan’s 23.5 million people.”

The meeting, which began on Nov. 9, runs through Nov. 14. Taiwan wasn’t invited to the previous WHA meeting in May.

The WHO’s refusal to allow Taiwan’s participation in the meeting makes a mockery of the world health body’s goal of “health for all,” the Ministry added.

Nearly 2000 lawmakers from all over the world have voiced their support for #Taiwan’s inclusion in the @WHO. Their voices should not be ignored. #TaiwanIsHelping the world fight the pandemic & #TaiwanCanHelp the WHO achieve #HealthForAll. pic.twitter.com/M0mxbG2ZfM

Beijing has blocked Taiwan’s participation in the WHO and other international organizations, as it sees the island as a part of its territory, although the self-ruled island has a functioning democratic government with its own military and constitution.

The WHO consists of 194 member states but Taiwan isn’t one of them. From 2009 to 2016, Taiwan’s health ministers were allowed to take part in the WHA as observers.

This year, the issue of whether Taiwan is a member of the world body has taken on more urgency due to Taiwan’s success in preventing the spread of COVID-19, a disease caused by the Chinese Communist Party (CCP) virus, commonly known as the novel coronavirus.

As of Nov. 8, Taiwan has 577 confirmed infection cases and seven deaths related to the virus. The last time Taiwan reported a locally transmitted case was more than 200 days ago, on April 12.

Taiwan’s foreign ministry pointed out that many government officials, including those in the United States, Europe, Africa, and Latin America, as well as nongovernmental organizations, have voiced support for Taiwan’s inclusion in the WHO.

On Nov. 7, the U.S. Mission to the United Nations in Geneva issued a statement, urging WHO Director-General Tedros Adhanom Ghebreyesus to invite Taiwan to the WHA meeting.

“Now more than ever, in view of Taiwan’s resounding success in responding to COVID-19, Director-General Tedros must allow Taiwan to share its best practices at the WHA. We commend Taiwan’s commitment to advancing global health through its expert analysis, research capability, and model pandemic response,” according to the statement.

“While the @WHO and Communist China were lying about the #Coronavirus, #Taiwan was one of the few nations that had great success in responding to the virus,” Scott stated on Twitter.

Rubio wrote on Twitter: “As many nations face a 2nd wave of #COVID19, Taiwan set a record for 200 days [without] infections. Beijing’s agenda to block Taiwan deprives us all of expertise & threatens global health.”

Frank Montgomery, chair of the council at the France-based World Medical Association, issued an open letter to Tedros on Nov. 4, saying that it was both “cynical and counterproductive” to exclude Taiwan from participation.

On Nov. 2, the Inter-Parliamentary Alliance on China, a global coalition of lawmakers, also called for Taiwan’s inclusion in the WHA meeting.

Early on Nov. 9, representative offices of Australia, Canada, Japan, the United Kingdom, and the United States in Taiwan all posted on their Facebook pages to voice support for Taiwan’s participation.