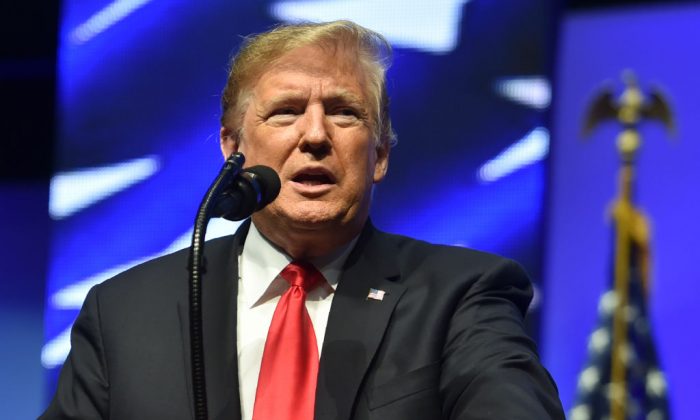 International communism is more powerful and unified today than it has been since the fall of the Berlin Wall in 1989. And it’s coming for America.

For several decades, the United States has based its foreign and defense policies on two wildly incorrect and dangerously false assumptions:

On Nov. 23–25, 91 communist parties from all over the world participated in the 20th International Meeting of Communist and Workers’ Parties, held in Athens, Greece.

The point of the conference was to strategize on how to combat global conservative movements or governments—labeled as “fascism,” which would naturally be countered by “socialism.”

This was not a phone-box gathering of tiny sects or micro-organizations, but a meeting of some of the world’s largest mass parties.

The November conference was organized through a “Working Group” gathering held on May 20 in Athens, hosted by the Communist Party of Greece.

This is a who’s who of the world’s communist parties, ruling and non-ruling. The communist parties of China, Russia, Cuba, North Korea, India, Iran, Greece, Brazil, Mexico, South Africa Spain, Venezuela, and Vietnam were all gathered under one roof.

This gathering represents at least a quarter of the world’s population, and a frightening proportion of the world’s military might. Ruling parties represented included those of China, Cuba, North Korea, Vietnam, and South Africa. The South African Communist Party governs through its coalition partner the African National Congress. The Mexican communists have a strong ally in Mexico’s pro-Cuba president-elect Andrés Manuel López Obrador—known as AMLO.

The Indian and Brazilian communist parties control large parts of two of the world’s largest economies, though this will likely change with the election of anti-communist president Jair Bolsonaro in Brazil.

Those who still believe that Russia and China are rivals—even enemies—should note the participation of the Chinese Communist Party and the two major Russian communist parties in the Working Group.

The larger of the two, the Communist Party of the Russian Federation, does not openly rule Russia but is the second-largest party in the Russian parliament after Vladimir Putin’s United Russia.

It should also be noted that Putin personally helped organize and keynoted a major international communist youth gathering in Sochi, Russia, last year.

The World Festival of Youth and Students brought together 30,000–60,000 communist youth from all over the world to celebrate the 100th anniversary of the Bolshevik revolution.

The communist parties of NATO countries represented included Greece, Turkey, Czech Republic, Portugal, Spain, and NATO “partner” Ukraine. An eight-member delegation from the United States was in attendance. The communist parties of major Islamic nations at the meeting included Turkey, Lebanon, Iran, Pakistan, Syria, Kazakhstan, and the “not quite” nation Palestine.

And they are all working together toward common goals.

According to a Communist Party of Greece press release: “The Parties had a fruitful exchange of views regarding the promotion of the Common Activities that were decided in the 19th International Meeting of Communist and Worker’s Parties in Leningrad last year.”

At the November conference in Athens, the Communist Party USA’s written contribution was delivered by Los Angeles-based community activist Rossana Cambron, who excitedly relayed the recent “significant setback” for President Donald Trump after Republicans lost “close to 40 seats in the U.S. House of Representatives and over 300 in state legislatures” in the midterm elections.

The coming to power of political forces promoting unbridled racism, anti-Semitism and right-wing nationalism represents a grave danger throughout the world.

Cambron also made it clear that defeating the Republican Party in the recent midterm elections and winning power for “progressive” Democrats was very much in the interests of the “working class.”

A major theme of the conference was the so-called “Rise of Fascism.” Cambron expounded on that theme and did not spare President Trump.

“This 20th World Meeting occurs in the middle of a profound crisis of the capitalist system and increasing attempts to solve it along extreme right and fascist lines,” Cambron said.

“These developments require even greater unity among all Communist and Workers’ Parties. They call us to be more vigilant in striving for common ground and to focus on building a united front to confront, vote out, and expose extreme right and fascist leaders.”

Cambron claimed that “political forces promoting unbridled racism, anti-Semitism, and right-wing nationalism represents a grave danger throughout the world.” Further, she lamented that President Trump “leads an extreme right and fascist-minded administration … [whose] instrument is a coalition of the Republican Party with finance capital, evangelical Christians, and the right-wing media.”

“Control of the House of Representatives by the Democratic Party is important,” Cambron explained, “because it will slow the Trump regime’s attempts to take complete control of our country.” Importantly, Cambron continued to explain to her fellow communist allies that there are “many new progressive members of Congress with a different mindset.”

Speaking for the Communist Party USA throughout, Cambron continued: “The Communist Party works to build a broad front against the extreme right and fascist danger. In our view, defeating the Trump Agenda is central to social progress in our country. We join with and participate actively in the broader resistance in pursuit of this goal. The CPUSA’s main objective in this effort is promote working-class interests and working-class leadership of this movement.”

The Communist Party USA is the American branch of the international communist movement. This movement is led by the communist parties of China, Russia, North Korea, Iran, Venezuela, Syria, and Cuba. Among them they have millions of troops, the world’s second-largest economy, the world’s largest propaganda apparatus, and several thousand nuclear warheads.

They also have significant influence in one of America’s major political parties.

Yet many Americans are unaware of their existence, much less their power.

While the author does not in any way diminish the very real danger that George Soros and his networks pose to liberty, his influence should not detract from awareness of communist forces with access to military might.