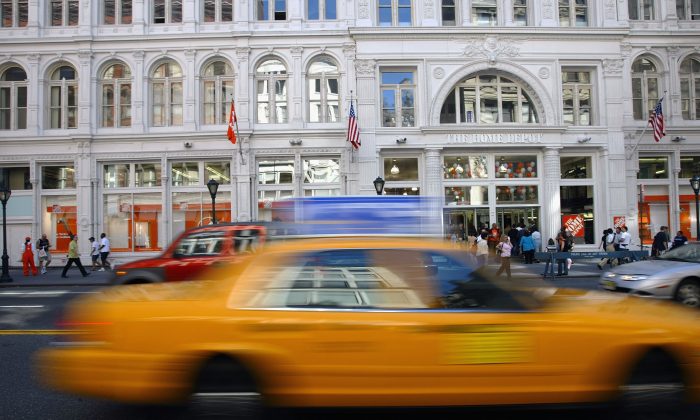 The three-level Home Depot megastore on West 23rd street in New York, from a file photo shortly after it opened in 2004. (Photo by Spencer Platt/Getty Images)
News

Workplace violence has reached staggering proportions throughout America and every community is a potential victim.

OSHA states that 2 million workers are victims of workplace violence each year. These include homicides, aggravated assaults, robberies, rapes, and sexual assaults.

Although the crisis has taken place for many years, these are some recent tragedies:

• Jan. 26—a man opens fire at a swearing-in ceremony for new police officers during a city council meeting in New Hope, Minn. Two officers are shot before police returned fire and killed the shooter. Although the officers are expected to survive, a report by the National Law Enforcement Officers Memorial Fund for 2014 states firearms-related incidents as the leading cause of death among law enforcement. This accounted for 50 deaths, increasing 56 percent from 2013.
• Jan. 25—a disgruntled Home Depot employee fatally shoots his supervisor before committing suicide at a crowded New York City store.
• Jan. 20—Dr. Michael J. Davidson, 44, the director of endovascular cardiac surgery, was shot inside Brigham and Women’s Hospital in Boston. The married father of three children, dedicated to saving lives as a surgeon, died the following day in surgery.

2014—a shocking beheading of a woman at an Oklahoma food distribution center and stabbing of another by a terminated employee. The suspect was killed by an off-duty deputy working on site.

2013—a lone gunman fatally shoots 12 people and injures three others at the Washington Navy Yard.

2009—an Army psychologist kills 13 and wounds 29 at Fort Hood Military Base.

2006—a former postal worker kills her neighbor before going to the Goleta, Calif., post office to kill six before committing suicide.

1999—over three days, a securities trader kills 12 in Atlanta, Ga., including his wife and two children.

1989—a former employee returns to his Kentucky workplace, killing 9 and wounding 12 before committing suicide.

1988—a toxic romantic infatuation escalates to the killing of seven workers in Sunnydale, Calif.

In my workplace violence presentations and publications over the last 20 years, I have stressed the following:

• Training—continual programs for all employees including warning signs, mental health, de-escalation and conflict resolution techniques, diversity, reporting and intervention, target hardening, personal safety, company policies, and law enforcement collaboration. The FBI’s National Center for the Analysis of Violent Crime has an outstanding document titled “Workplace Violence Issues in Response” that must be an integral element of training.
• Threat Prevention and Assessment Teams—ongoing training for all members including the coordinator, human resources, employee assistance, consulting psychologist, safety, health and security specialists, administration, facility managers, and legal representatives.
• Cultivating a Culture of Respect—a respectful culture where employees are recognized, appreciated, and affirmed is essential to violence prevention. Even the slightest acts of disrespect must have measured and swift intervention. A workplace that cultivates respect, altruism, and community creates an environment that increases morale, safety, and security because people are genuinely cared for. Caring employees, not just policies and procedures, are essential for workplace violence prevention.
• Security Vulnerability Assessment—conducted periodically by a board-certified professional covering physical (including notification systems), personnel, informational, and procedural security, and the workplace culture.
• Drills—tabletop, partial, and full-scale exercises to simulate workplace violence scenarios.

All workplace violence initiatives demand support and participation at the highest levels of a company and collaboration with law enforcement.

These are turbulent times of violence throughout America but workplace violence is preventable. Each employee and law enforcement official must be dedicated to violence prevention principles and committed to the reawakening of the nation.