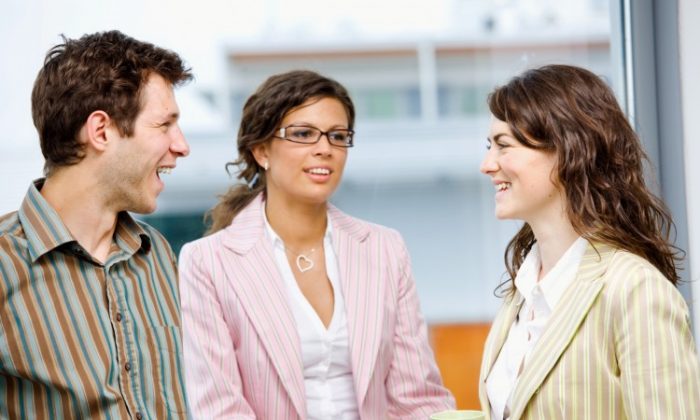 Sixty six percent of Canadian employees say they have close relationships with their coworkers. (Photos.com)
US

The majority of Canadians put more value in working with people they like than getting a good salary, according to a survey by the human resources firm Randstad.

The survey, conducted in 32 countries around the world, shows that 66 percent of Canadian employees claim they have close relationships with colleagues, and 54 percent say having pleasant colleagues is more important than having a good salary.

The survey also found that 53 percent of respondents spend time with their colleagues outside of work.

“Canadians associate a good working environment with having good relationships with their colleagues,” Stacy Parker, executive vice president of marketing at Randstad Canada, said in a statement.

“They see these relationships not as a threat to their productivity, but rather as a key factor that influences their satisfaction at work.”

Friendship among colleagues can also be beneficial to companies, Parker adds.

According to the survey, only 21 percent of employees in Canada see friendship with colleagues interfering with their work. This is less than the global average of 26 percent.

In contrast, a great majority of respondents in China (60 percent), Hong Kong (61 percent), and India (59 percent) say that friendship with colleagues interferes with their work.

The number of employees in Canada indicating close relationship with their colleagues at 66 percent is close to the global figure of 71 percent. Countries claiming the friendliest workplace are Brazil with 93 percent of employees reporting they have close friendships with their coworkers, and Hong Kong with 91 percent.

Only 20 percent of employees in Luxembourg say they have friends at work.