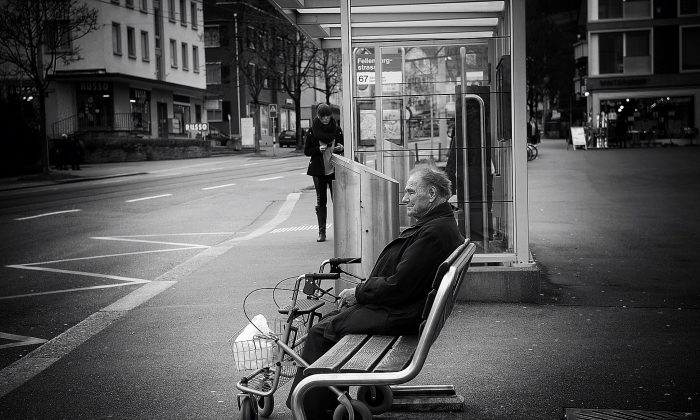 Working Until It’s Time for Your Grave

Like many Americans, my mom has no retirement savings

“My plan is just to work until I die.” That’s how my mom sums up her retirement prospects.

She’s worked more than 40 hours a week as a legal secretary in north Florida for as long as I can remember. When my brother and I were kids, we went to her office every Saturday and entertained ourselves by sliding across the floor in fancy law-firm chairs while our single mom worked overtime in her cubicle.

She managed to get me into college on a scholarship, and my brother got there on the GI Bill after a stint in the Army. Yet the American dream still hasn’t quite paid off for her.

My mom is one of the 62 percent of Americans who live paycheck to paycheck. Even at age 60, she still doesn’t have paid sick leave or vacation time, and she avoids the doctor because she can’t afford her $2,000 deductible.

My mom’s one of the 62 percent of Americans who live paycheck to paycheck. When I asked my mom about her own retirement savings, I learned she had nothing at all.

When I had to undergo a stem cell transplant to treat my stage-4 cancer in 2010, her employer allowed her to take a few days off to help care for me in Washington, D.C. Because she had no savings, my co-workers at the Institute for Policy Studies took up a donation drive to cover her travel and time off work.

My IPS colleagues recently released a report on the retirement gap between CEOs and workers. They found that nearly half of working-age Americans have no access to retirement plans through their jobs. When I asked my mom about her own retirement savings, I learned she had nothing at all.

My mom isn’t bitter about it. She does the best she can with what she has and tries to stay healthy. When I asked her permission to share her story, she was worried that it might sound like she was complaining.

As for me, I felt angry.

The 100 CEOs profiled in this report have nest eggs that are worth more than $49 million—enough to generate a $277,686 monthly retirement check for the rest of their lives. My mom is anticipating a Social Security check worth about $1,200 a month starting five years from now—and year after year, we hear politicians threatening to cut even that.

In fact, millions of Americans rely on the federal government’s safety net to support them in retirement. But the net is fraying as corporations and their top executives dodge their fair share of the taxes that sustain it. While they pad their own retirement accounts, people like my mom who work hard their entire lives could have nothing to show for it.

My colleagues have suggested capping tax-deferred, corporate-sponsored retirement accounts at $3 million, a move that President Barack Obama estimated would raise an additional $9 billion of tax revenue over 10 years. Funds from an annual excise tax on assets greater than $3 million could go to the Social Security Trust Fund, which would help all workers.

Even with that cap in place, the richest corporate retirees would get $200,000 a year to live on in retirement. I bet they’d be able to make do.

Here’s another good idea: Close the “performance pay” loophole that allows unlimited corporate tax deductions for executive pay. The Joint Committee on Taxation estimates that closing this loophole would generate more than $50 billion over 10 years.

My mom and other low-income and middle-class workers shouldn’t have to go it alone. It’s time for all of us to stand together and demand fairness in retirement. I don’t want her, or anyone else’s parents, to work themselves into the grave.

Tiffany Williams is the associate director of the Institute for Policy Studies. This article was previously published on OtherWords.org.