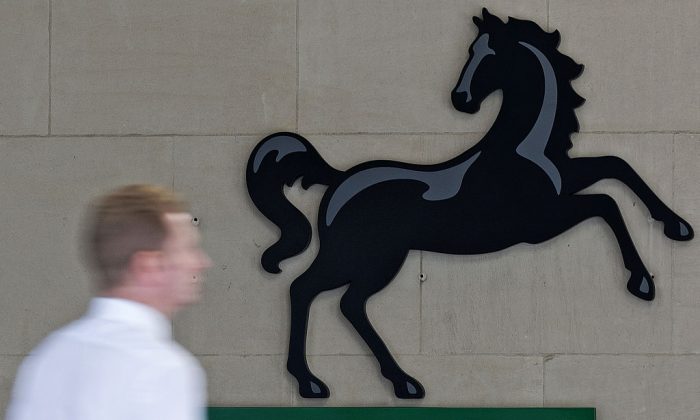 A man passes a Lloyds logo outside the entrance to an office of Lloyds Banking Group in the City of London on July 28, 2016. (Justin Tallis/AFP/Getty Images)
UK

UK Workers Yet to Receive Wages From Lloyds Bank

Some workers who are paid through Lloyds Bank have yet to receive their wages today.

They have expressed their anger on social media, with bosses and staff complaining to bank that payments haven’t been made, despite company accounts being debited.

Lloyds responded on Twitter: “We’ve been made aware that some customers have experienced issues with payments this morning. This is currently under investigation.”

The bank promised that payments would be made later on Thursday, Nov. 30.

Mark Savage, director of cleaning company Hardrox Ltd, told The Sun that around £18,000 had left his account but none of his 65 staff members had been paid.

He said: It usually goes in at midnight but staff were ringing me this morning thinking that I hadn’t paid them. They need their money. I’ve spoken to the bank twice and it told me they are aware of it and they hope to have it sorted by lunchtime.”

Maggie Whitehead wrote: “I have some VERY stressed staff who have not had wages that have left our business account. Please DO NOT RESPOND with the copied and pasted response as on all other tweets below.”

Lloyds responded to the tweet: “Payments in and out of accounts should be made later today and will show the correct date when they arrive”.

Stefan Williams said: “My employer pays me through Lloyds Bank, but staff with Natwest/HBSC accounts have not been paid including myself – what issues are being experienced at the moment? Are you able to confirm when payment will be processed?”

And a user called Alan said: “No-one at our company who banks outside the Lloyd’s group had been paid today.”

Yvette Newton wrote: “Paid all my staff but they’ve STILL nor got their money?????? Deducted from company account though???”

Lloyds had not posted official statements by midday on Thursday, but had contacted each of the customers individually by direct message.