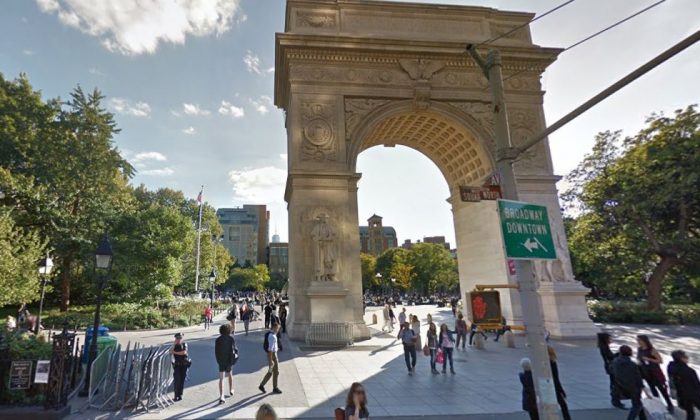 A park in busy Greenwich Village, Manhattan, doesn’t seem like a place for a burial ground.

Workers upgrading old water systems under Washington Square Park found two burial vaults that were probably part of a Presbyterian church cemetery and had more than a dozen sets of remains, said archaeologists and officials.

In one crypt, skeletons and skulls of around nine to 12 people were pushed into a corner. More than a dozen wooden coffins could also be seen in the second one.

According to Chrysalis’ Alyssa Loorya, the project’s head investigator, the vaults were likely built in the late 18th century or early 19th century and belonged to one of two Presbyterian churches. She and her team will pore over old newspapers to try and identify the people buried there.

“You never know what you can find beneath the city’s streets,” she said, reported NBC New York. “You bury people to memorialize them and these people were forgotten.”

But she added, “The city’s policy is to leave all burials intact and in place. So we’re not going to go into the vault.” She noted, “These people were buried and we respect that and we will just do as much documentation as possible from the ground and from the small view that we have.”

Both of the stone vaults have arched ceilings that are between 15 feet by 20 feet and eight feet deep and have wooden doors.

“We were doing our work to bring three water main connections to this neighborhood and as we were digging we found a vault,” Department of Design and Construction Commissioner Feniosky Peña-Mora said Thursday, reported The New York Post. “Then it turned out there were two vaults.”