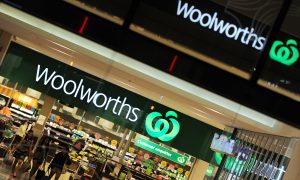 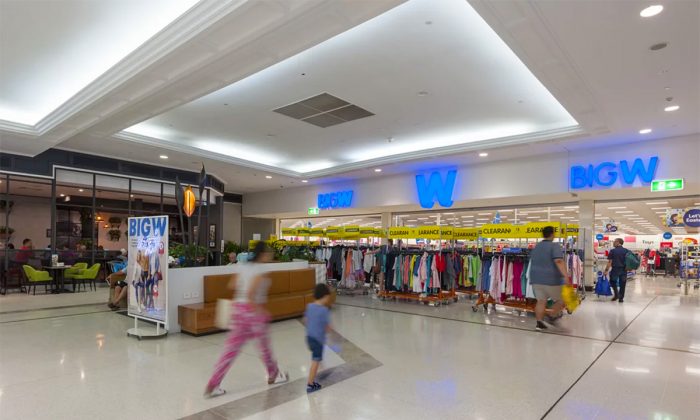 The decision comes after the supermarket group forecast a $370 million (US$263 million) loss in its full-year financial results.

30 Big W Stores Are About To Shut Down >> https://t.co/UWrNfWicbB pic.twitter.com/3uW6fvP8BS

“Following the conclusion of the BIG W network review, Woolworths Group has identified approximately 30 BIG W stores for closure over the next three years and two distribution centres (DCs) [in Monarto, South Australia and Warwick, Queensland] that will close at the end of their leases [in the 2021 and 2023 financial years respectively],” Woolworths said in a statement to the Australian share market.

Department store Big W will close about 30 stores across the country over the next three years. #7NEWS pic.twitter.com/xb41B3cQMb

BIG W sales grew in the third quarter of fiscal 2019 (F19), during the 12 weeks without taking Easter into account, by about 6 percent due to strong transaction growth.

“Despite this, the profit improvement is slower than planned, with BIG W currently expected to report a loss before interest and tax in F19 of $80-$100 million (F18: loss of $110 million),” the company said.

The store closures represent about 16 percent of the existing store network with a remaining average lease tenure of about 10 years. As part of the restructure, BIG W’s supply chain will move closer to stores for greater cost efficiencies and improved stock availability.

Woolworths is not identifying the areas where Big W stores will be closed due to “ongoing discussions” with landlords. The company said all stores and DCs will continue to trade as usual.

The group revealed the loss will include $270 million in lease and exit costs for closing about 16 per cent of its discount store network. The remainder will comprise of $100 million (US$71 million) in non-cash asset impairments, which Woolworths blames on a more conservative level of margin recovery expected from BIG W due to a growing number of customers preferring to buy online instead of in brick and mortar stores.

“The review was undertaken to help BIG W maintain a strong and profitable store network where all stores can make a strong contribution to BIG W’s profit over the longer term,” the company said. “The cash cost is expected to be approximately $250 million, with the majority of the cash outflow from store exits expected in fiscal 2021 (F21) and F22 … together, the one-off pre-tax charge of approximately $370 million is currently expected to be recorded as a significant item in the F19 result.”

Woolworths also confirmed a $1.7 billion (US$1.2 billion) share buyback following the sale of its fuel operations.

“Woolworths’ off-market share buyback will return proceeds from the sale of its discount petrol business to EG Group,” the company said.

Shareholders can expect to sell back their shares at a discount of between 10 and 14 per cent compared to the current market price. The company said tax implications might offer some consolation for investors, and promised a tax calculator would be made available on the supermarket group’s website.

“As foreshadowed at our half year 2019 results, while the recovery in trading for BIG W is encouraging and there remains further opportunity for improvement, the speed of conversion to earnings improvement is taking longer than planned,” Woolworths Group CEO Brad Banducci said. “We understand the impact that the store and DC closures will have on our team and will endeavour to provide affected team members with alternative employment options within the Woolworths Group where possible.”

“This decision will lead to a more robust and sustainable store and DC network that better reflects the rapidly changing retail environment. It will accelerate our turnaround plan through a more profitable store network, simplifying current business processes, improving stock flow and lowering inventory,” he added.