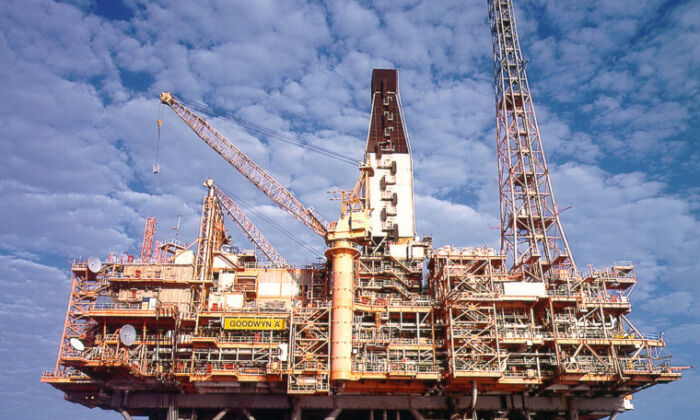 Woodside's Goodyn A offshore gas production platform off the northwest coast of Australia on Jan. 01, 2001. (-/AFP via Getty Images)
Australia

Woodside, Australia’s largest independent oil and gas company, is ceasing its operations in Burma (also known as Myanmar), reasoning that development is out of the question due to human rights abuses committed by the junta.

Almost a year into the military coup that has resulted in the deaths of approximately 1,500 civilians, global oil companies Total and Chevron announced on Jan. 20 and Jan. 21, respectively, that they would pull out from Burma for human rights reasons.

The first ultra-deep-water oil rig in the Bay of Bengal offshore Burma would have marked the latest joint venture for Woodside. However, this prospect will not come to pass anymore.

“Given the ongoing situation in Myanmar we can no longer contemplate Woodside’s participation in the development of the A-6 gas resources, nor other future activities in-country,” Woodside chief executive Meg O’Neill said in an ASX announcement on Jan. 27.

The company is to write off $195 million (US$138 million) from its 2021 net profit after tax with the decision. This amount does not include another $101 million (US$71 million) expenditure in exploration and evaluation in the December quarter, the company said.

According to Daisy Gardener, director of human rights at the Australasian Centre for Corporate Responsibility, business and shareholder outcomes benefit from security, peace, and stability.

“Gas projects in Myanmar generate an estimated US$1 billion (AU$1.4 billion) in foreign revenue for the military junta every year, so Woodside withdrawing permanently from the country deals a blow to their ability to buy weapons and fund future atrocities,” she said.

Nevertheless, other ASX-listed companies have shown no intention of giving up their exploration licences in the country.

“Any future operations and profits will be disrupted by ongoing unrest and the human rights violations pose an unacceptable risk for shareholders,” Gardener said.

O’Neill said Woodside no longer had any possible route to retain operations despite its previous hope to develop gas resources and deliver energy to the Burmese people.

In dealing with criticism that Woodside took too long to pull out, she said the company had been investing responsibly in Burma, and its conduct conforms to the United Nations Guiding Principles on Business and Human Rights and other relevant international standards.

Meanwhile, Human Rights Watch has called for the United Nations to impose a global arms embargo on Burma, and other governments to take more action to prevent gas revenues from funding more atrocities in the country.

Since operating in Burma in 2013, Woodside has commenced multiple exploration and drilling campaigns.

The oil producer said it would make arrangements to withdraw formally from Burma. This includes cancelling a production sharing contract signed with a local government enterprise.

The company said the withdrawing costs will not affect the next dividend payment.