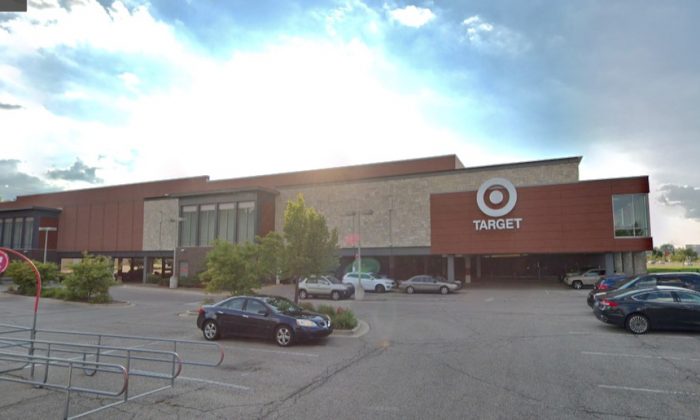 The Bloomfield Hills Target where two women were arrested for stealing, on Dec. 19, 2018. (Screenshot via Google Maps)
Crime and Incidents

Two women were caught stealing $1,900 worth of electronics during a Shop with a Cop event at Target, on Dec. 19.

Officers from local police departments were in the store, in Bloomfield Hills, Michigan, helping 22 disadvantaged youth select around $5,000 worth of Christmas presents, the Daily Mail reported. The money for the gifts was donated by local businesses and members of the community.

In a post on the Keego Harbor Police Department’s Facebook page, the department points out the absurdity of the incident.

“On a side note, there must have been a special episode of ‘Dumb Criminal Minds’ being filmed live as a person tried to shoplift a bunch of electronics right in front of about 10 cops. They didn’t get far.”

The women tried to walk past the registers with the merchandise, but store security was on the scene.

“The loss prevention [officers] actually apprehended them, then they asked for police assistance,” said Sylvan Lake Police Sgt. Michael Mondeau, the organizer of the event, according to Detroit Free Press. “The police officers were only about 20 feet away when they tried to walk out of the store.”

Bloomfield Township Police Sgt. Dan Brown said one of the women approached an officer before the theft and mentioned “how generous the cops were with their time,” Detroit Free Press reported.

But Brown realized it was part of the plan.

“It wasn’t 10 minutes later that [the same officer] gets called into the loss prevention office,” Brown said, via Detroit Free Press. “She was trying to distract him.”

The two women were arraigned on retail fraud charges. Johnson’s bond was set at $250,000, and she has a past criminal history. Wilson’s was set at $20,000. They have requested court-appointed lawyers and are due back in court in January, Detroit Free Press reported.

The Shop with a Cop event was an effort of multiple police departments. The Keego Harbor Police Department praised the success and cooperation of the event, via the Facebook post.

“What a great job Sylvan Lake PD’s Sgt. Mike Mondeau did organizing his department’s Shop With a Cop event at the Target Store in Bloomfield Township tonight. It was a good show of multi-jurisdictional cooperation with officers from Sylvan Lake, Orchard Lake, Bloomfield Township, and Keego Harbor working together for the kids.”

“DON’T TAKE WHAT IS NOT YOURS, it’s a simple rule that everyone should abide by and the world would be a better place.”

Another post from Keego Harbor PD talked about the youth who attended the event.

“It was fun and so cool to watch the how excited the kids were to be able to pick gifts off the shelves for themselves, their sisters and brothers, and parents. Some of the kids were almost more generous to others with their gift choices than to themselves. Another note—the managers and associates at Target couldn’t have been more helpful and nice!”