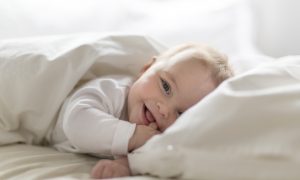 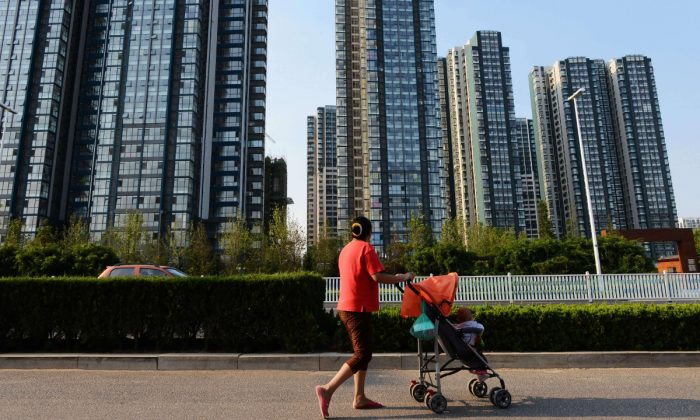 A woman walking a baby in a stroller. (STR/AFP/Getty Images)
US News

Three women were captured on a camera allegedly involved in stealing a baby stroller from a store in New Jersey, while one woman leaves her child behind in the store.

The three women were at Bambi Baby in Middletown on Aug. 3 with three children, said police.

According to The Associated Press, two of the women distracted an employee. The third woman allegedly stole the stroller.

As they left the store, one left her own child. One of the women then returned after she realized the child was left there, AP reported.

“What I take major offense to is the children. Don’t do that with your children,” store owner Enelio Ortega, told WCBS. “If you need to steal for a living, that’s a personal problem, that’s a personal issue. But when you bring children that have no idea what’s going on, that affected me. That’s why I’m sharing [the video] as much as possible.”

Two of the three women were arrested and now face shoplifting and conspiracy charges. They are both from the United Kingdom and are in their 20s.

The third woman is still at large.

The store manager, Justin, told the CBS affiliate that shoplifting is rare at the store. “We haven’t had any issues here at this store. I was like, devastated that someone would leave their child in a store to worry more about stealing a stroller,” he said.

Ortega said the shoplifters stole an English stroller that likely would have been cheaper to buy overseas.

“It’s only a $300 stroller. She could’ve taken a $1000 stroller that was right next to it. So I don’t know what the real intentions were,” said Ortega.

He speculated that she stole the stroller because it was collapsable so she could take it with her on a plane.

The two suspects were identified as Maryann Cash, 23, and Nan McCarthy, 20.

Crime Facts in the United States