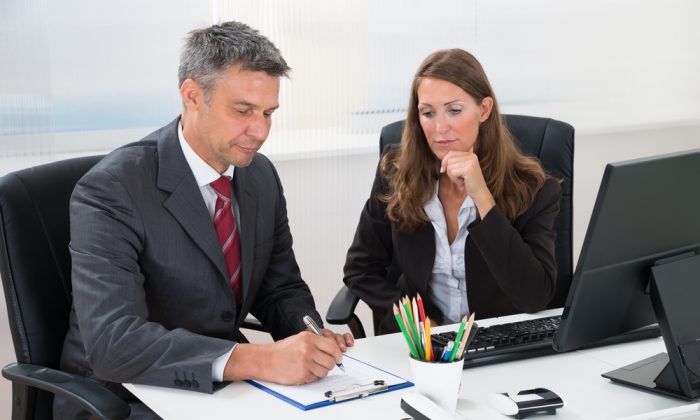 Women Aren’t Too Timid to Ask for Raises

Women ask for wage rises just as often as men do, but men are 25 percent more likely to get a raise when they ask, new research shows.

Using a randomly chosen sample of 4,600 workers across more than 800 employers in Australia, the research is the first to do a statistical test of the idea that women get paid less because they are not as pushy as men. The researchers found no support for the theory.

The authors of the working paper also examined the claim that female employees hold back for fear of upsetting their boss, and found no evidence for this theory either.

“We didn’t know how the numbers would come out. Having seen these findings, I think we have to accept that there is some element of pure discrimination against women,” says coauthor Andrew Oswald, professor of economics and behavioral science at the University of Warwick.

Various ideas have previously been suggested as to why women might be reluctant to ask for an increase in their paycheck. These include: women don’t want to deviate from a perceived female stereotype, and they may fear being less popular at work.

“Ours is the first proper test of the reticent-female theory, and the evidence doesn’t stand up,” says coauthor Amanda Goodall of Cass Business School.

When like-for-like men and women were compared, the men were a quarter more likely to be successful, obtaining a pay increase 20 percent of the time. Only 16 percent of women were successful when they asked.

The research uses data gathered in the Australian Workplace Relations Survey (AWRS) which covers the period 2013-14 which is a representative sample of Australian employees and workplaces. “We realized that Australia was the natural test bed, because it is the only country in the world to collect systematic information on whether employees have asked for a rise,” says Oswald.

The survey has the distinctive feature that it asks individuals a set of questions about whether their pay is set by negotiation with the company, whether they have successfully obtained a wage rise since joining the employer, whether they preferred not to attempt to negotiate a pay rise because they were concerned about their relationships, why they decided that, and about their levels of job satisfaction.

Using statistical methods, the authors’ analysis shows that it is crucial to adjust for the number of hours worked (because part-time workers feel hesitant to ‘ask’). The analysis also took into account the nature of the employer, the industry, and the characteristics and qualifications of workers.

Despite the dispiriting findings, the authors pinpointed one encouraging sign in the data—young Australian female employees get pay hikes just as often as young Australian men.

“This study potentially has an upside. Young women today are negotiating their pay and conditions more successfully than older females, and perhaps that will continue as they become more senior,” says Goodall.