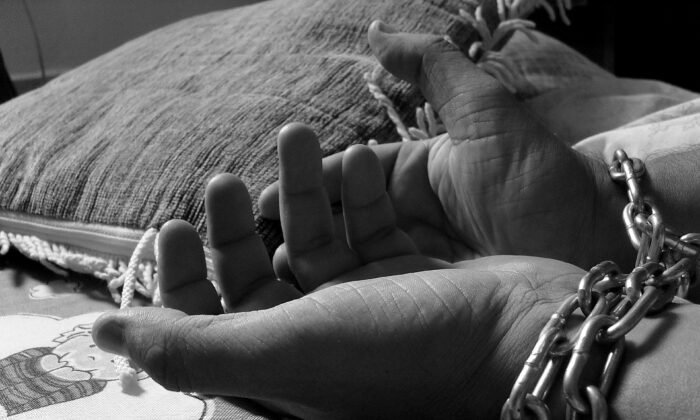 Women and Children Ordered ‘Like Pizza’—Human Trafficking in Orange County

Orange County, California, which boasts a median household income of $86,000, is often viewed as a relatively safe, wealthy, and conservative region, one unlikely to be associated with human trafficking. But research has revealed the county to be a destination for traffickers.

The official Orange County Human Trafficking Task Force (OCHTTF), set up to fight real time sex and labor slavery in the county, released their latest victim report in 2019. Approximately 80 percent of both victims and traffickers in Orange County travel to the area from other parts of the region, the state, and the entire nation.

“This is due in part to Orange County’s tourist attractions, sports venues, beach cities and affluent population,” states the report (pdf). “Traffickers bring their victims expecting to have an abundance of customers and higher profits.”

“It may sound strange, but of all the places I have visited, I have been most afraid right here in Orange County — tough pimps and lots of guns,” Galindo said.

The title of Galindo’s documentary refers to the UN statistic that every 26 seconds, a child is trafficked somewhere in the world. Each episode of the series guides the audience through a survivor’s experience and point of view in a particular country.

Despite continuing attempts to halt trafficking, she said access to trafficking victims has become far easier due to technology.

“We live in this amazing, yet horrifying online world in which one can be anywhere and order up women and children like pizza,” Galindo said. “They are delivered to [a] home or hotel. The saturation level is at a whole new increasing intensity.”

Paul Chang, the regional anti-human trafficking coordinator at the U.S. Department of Labor, said people desperate for work are at high risk of being trafficked.

“The number one way of entrapping people in sex trafficking is through falsely advertised job opportunities. It accounts for 43 percent of those in the supply and demand chain. Others are sold in by relatives, drop outs from foster care, and even those enticed by a so-called love interest,” he said.

Linh Tran, the administrator of the Orange County Human Trafficking Task Force, said that vulnerabilities developed in children within broken homes also expose them to higher risk of being trafficked. Young victims are forced to carry out duties ranging from providing sex to delivering drugs and even marriage.

“One can sell a girl here for an average range of between $800 to about $1000 a night,” Tran said. “That’s eight to ten different customers that the girl would be forced to solicit that night.”

The Orange County Task Force has assisted more than 1,037 human trafficking victims since 2004, relying on a wide array of neighborhood partnerships and volunteers in prevention and assisting in rehabilitation after the rescue. In 2010, the organization was one of three task forces identified as a model for combating human trafficking by the U.S. Department of Justice.

“Human trafficking in Orange County is hidden right in plain sight, right before our eyes,” said Hoon. “It is one of the least known atrocities and it’s happening in our own backyards.”