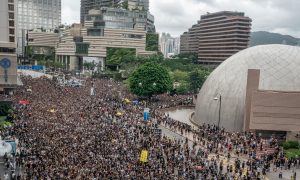 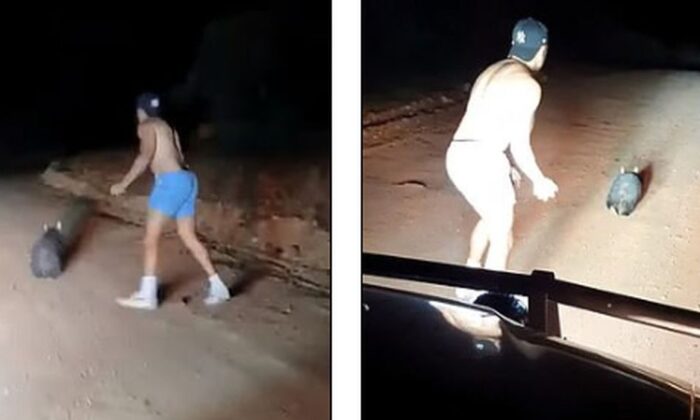 Viral footage appears to show an off-duty liaison officer stoning a wombat and possibly killing it, drawing an investigation from police in Australia.

According to News.com.au, the video—posted by the Wombat Awareness Organisation on Facebook—showed Senior Community Constable, Waylon Johncock, throwing rocks at the marsupial.

Johncock and another man are seen following the wombat in a vehicle on a dirt road. The car stops before Johncock, who was not on duty, pursues the animal with rocks in his hand.

“Get up close,” the driver tells him. Johncock is then seen giving a thumbs-up before hitting the wombat with rocks.

Johncock is then seen throwing another rock, hitting the animal before it keels over.

“You killed him!” the driver says in the clip. “First bloke I’ve ever seen kill a wombat on foot, bro.”

The Wombat Awareness Organisation said the video was sent to it.

“Healthy wombat stoned to death by off duty police officer,” it wrote on Facebook. “I am tired of reporting such cruelty for it to be ignored. If this gets your support, something may be done. Please share, this is not entertainment. This has to stop!”

According to the Daily Mail, Johncock works as a liaison officer on the South Australian Police Force. He works to assist in communications between Aboriginal and non-indigenous people.

The South Australia Police told Daily Mail Australia they were aware of the video.

“At this time SAPOL can confirm they are taking the situation very seriously and are closely examining the video,” the police force told the Mail. “An inquiry is being undertaken into this matter to first formally identify the man; and then take appropriate action as required.”

“I am aware of the community outrage regarding this matter and want to reassure everybody that the actions in the video do not align with the values and behaviours I expect from my employees, nor does it align with community standards,” he said. “Numerous employees of South Australia Police have also expressed to me that they, too, find the footage detestable and not consistent with their values.”