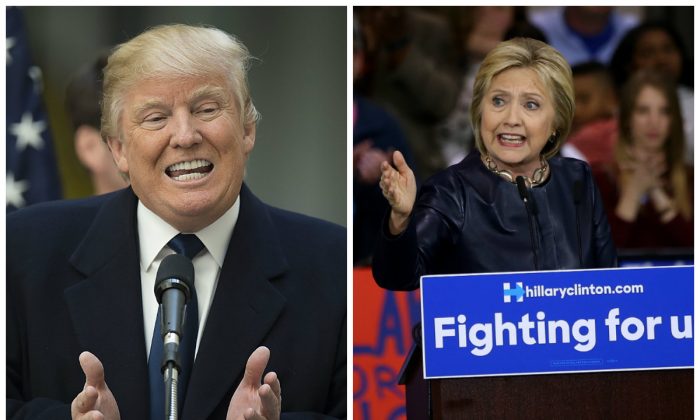 A recent obituary in the Richmond-Times Dispatch included a surprising message about Donald Trump and Hillary Clinton.

The Republican presidential nominee and Democratic presidential candidate were targeted by Mary Anne Noland–after her death.

“Faced with the prospect of voting for either Donald Trump or Hillary Clinton, Mary Anne Noland of Richmond chose, instead, to pass into the eternal love of God on Sunday, May 15, 2016, at the age of 68,” the obituary read, before moving on to her life accomplishments and relatives who survived her.

Pictures of the obituary have been circulating widely locally and online.

Jim Noland said his wife’s message was a joke.

“Noland says his wife was feisty, strong and compassionate. She spent her career as a wound care nurse, a job Noland says many others wouldn’t do, but his wife enjoyed because it let her develop a relationship with her patients,” reported NBC12.

“Noland says his family is beyond sad at the passing of his wife, but hopes the obituary captures her spirit and celebrates her essence.”

A spokesperson for the paper added to Snopes: “Paid death notices are vignettes about a person’s life, as told by their family or friends. This isn’t the first time a paid death notice has been used to send a personal message to the world. Some have commented on favorite sports teams, places to visit, a drink of choice and, yes, politics.”

The spokesperson added: “All content published in The Times-Dispatch is reviewed before publication. In the case of Ms. Noland’s obituary, we’re not surprised by the response.”