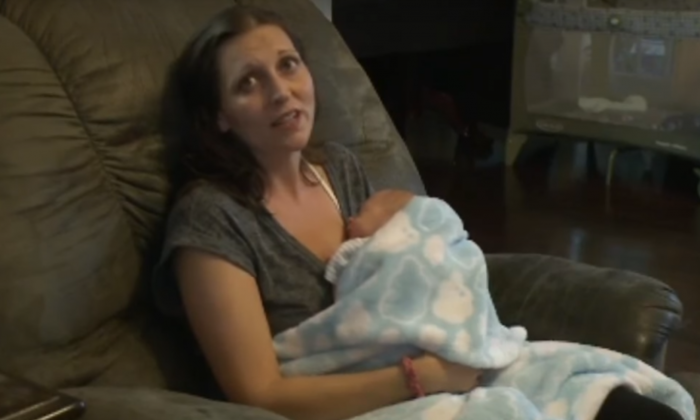 She told her husband, Michael, she believed it was due to kidney stones.

Michael Jaegers tells WXIA-TV doctors told him his wife was pregnant—38 weeks pregnant to be exact.

He says there are no words to describe being told you’re having a baby—in 30 minutes.

#USA Woman’s abdominal pain turns out to be surprise baby: Stephanie Jaegers told her husband she was… https://t.co/x4B6KLdqSC #USATODAY pic.twitter.com/il4WnVbzya

At 3:50 a.m. Wednesday, Shaun Jude Jaegers was born. At 7 pounds, 3 ounces and 19 inches long, he appeared to be very healthy, even without prenatal care.