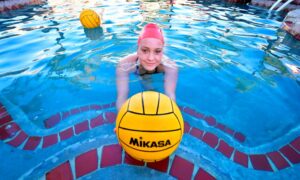 It’s Game on For Orange County Athletes, Who Are Permitted to Play Again
0
Share Now
TelegramFacebookTweetEmailTellMeWeReddit
Copy Link
US

Woman Who Went Missing for Month in the Woods Speaks Out

A woman who went missing in an Alabama forest can’t explain how she ended up there, and her family believes that she may have been drugged.

Lisa Theris, who is legally blind, was found naked on the side of a road after spending a month in the wilderness. Earlier this week, a motorist found her in Union County and called for help.

She had been presumed dead, according to “Good Morning America.“

Theris said that she spent more than three weeks surviving on berries and drinking from dirty puddles.

“If it rained I’d have to like squeeze the water out of my hair and drink,” the former waitress explained, adding that she had no cellphone.

Authorities said that she was with two men, Randall Wade and Manley Green, who were trying to steal equipment from a hunting lodge. They were arrested when she disappeared.

Authorities said that Theris was not involved in the burglary. The men have not been implicated in her disappearance, but remain persons of interest in Theris’s case.

Her father seemed to think she was drugged. “It would make sense, but I’m not sure,” Theris responded in the GMA interview. “I don’t know for sure.”

Theris said that she lost 40 pounds—but gained more than 10 pounds back.

“I would try to keep going mostly forward, never back unless I ran out of water and I remembered a certain place where there was water,” she told WSFA. “There were times I thought I was never going to make it out but I just kept pushing, tried to keep that in the back of my head.”

“The bugs had really been on her and she had a lot of scratch marks. We didn’t ask her too many questions. We want to make sure her health is good so we got her on to the hospital. We did not interrogate her at that time,” said Sheriff Rodgers according to MS News Now.

Theris was reunited with her family in the local emergency ward, and returned home on Monday to continue her healing.

“She has some complications and has a lot of healing to get through but she is standing strong and full of jokes as ever,” said her brother Will. “The next few weeks will be rough, but she is handling it all like a trooper and our family will continue to do all we can to help. We are very thankful for everyone’s thoughts and prayers.”

“It’s a relief to all of us. We put a lot of man hours into this case to find her and this is a really good outcome,” said lead investigator on the case, Sgt. Chad Faulkner, according to WSFA. “Her will to live was strong. … It’s a miracle.”