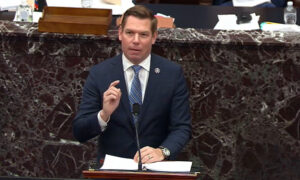 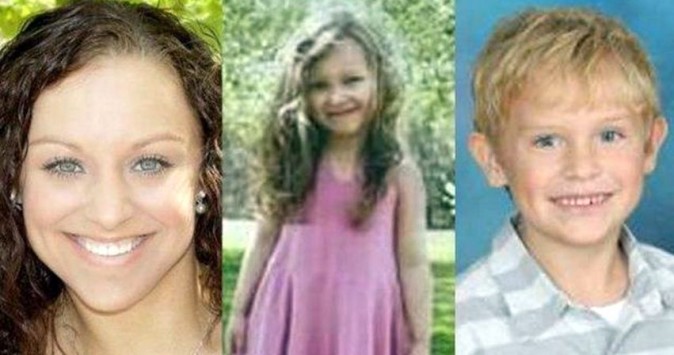 Police: Woman Who Killed Children, Self Left Behind Notes

About one month after shooting her two children, herself, and another woman, it has become apparent that a South Carolina woman left a suicide note, officials said on Wednesday, Aug. 9.

Jessica Edens, 36, and her children were found in her still-running Jeep, Pickens County Coroner Kandy Kelley told Greenville Online. It happened in a parking lot about 7 miles from where Edens had shot Meredith Rahme, who worked with Edens’s estranged husband.

“To my parents and my sister, I am so sorry for the pain I am causing all of you. You’ve all always been there for me and I love you all so much. I know what I have done is selfish, but I cannot live with this pain any longer. I just cannot handle it. It is too much. It hurts too much. I will no longer be in pain and my children will no longer hurt either. I am so sorry. I love you all,” Edens wrote in her letter, as released by officials to WYFF.

Edens also wrote to the father of her first child. “To Nate, I don’t know what to say. You gave me my first child. I will forever be greatful (sic) because of you. I never meant to cause you as much pain as this. I am sorry,” she said.

And she lashed out at her estranged husband.

“To Ben, you have caused me more pain than I’ve ever been in my life. You have caused my children pain,” she wrote in part. Newly obtained phone records show that Ben was with Greenville police officers when Edens called him, telling him: “Everyone you love is gone. Do you hear me? I’m about to be gone too,” Greenville Online reported. When he tried calling her, she didn’t pick up.

Edens and her estranged husband had custody issues with a child they shared, officials said.

After that, according to Pickens County Chief Deputy Creed Hashe, she came up with a plan.

“Text messages and other written content clearly indicate that Mrs. Edens developed a plan in the next couple of days that she felt would cause everlasting consequences for her husband,” he said, WSPA reported.

As CBS News reported, Edens took a .40-caliber gun from her parents’ house before the day of the shooting.

“As we struggle to understand how a parent could possibly come to a decision such as this, we have to focus on tomorrow and the opportunity to provide services and solutions to those that feel that their life and the lives of their loved ones must end in order to find peace,” Sheriff Rick Clark said in a statement.

“We live in a stressful world during difficult times but there are resources that stand ready to offer help and assist you if you feel that you have no other options left in life.

Please reach out to law enforcement so that we can be the bridge to lead you to a road of recovery. In time, you will see that all things come to pass and you too can become a stronger person with hope and faith in a brighter future.

All of us need a helping hand from time to time as we walk through life and asking for help is not a sign of weakness that any of us should be ashamed of.”

A female passenger on a Virgin Airlines plane noticed the man next to her started to write furiously.

She took a look at what he was writing and she was shocked: It was a suicide note. And even worse, the man wrote he wanted to kill other people.

“When I saw that, I got scared,” she added. “I started thinking about my kids.”

After that, she told a passenger next to her and then called the flight attendant. The flight crew was alerted and the pilot announced the airplane would be turned back to address mechanical issues.

During the whole thing, Riffe said she was quite worried. “I was scared to death,” she added, per AP. “It’s like, ‘I’ve got to tell somebody. … Is this really happening?’ My whole body just started shaking.”

As the plane landed in San Francisco, several police officers searched the plane and took the man into custody.

“The woman who called the man out was amazing,” passenger Eric Berg was quoted by the Daily News as saying. “And the captain of the plane, someone needs to give that guy some props. He handled it amazingly well.”