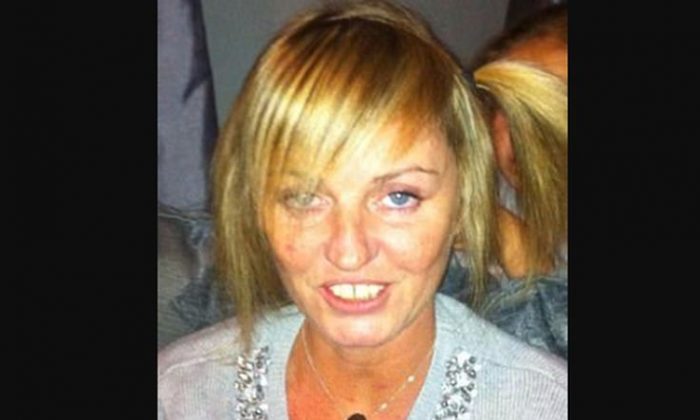 Elaine Hines said her daughter, 41-year-old Amanda Gill's body didn’t have a brain, heart, or eyes after she died in a hospital, reported the Daily Mail. “They stole everything inside her,” she said. (Facebook selfie)
International

A UK woman’s body that was sent back to her home country from Mexico reportedly may have been a victim of organ harvesting.

Elaine Hines said her daughter, 41-year-old Amanda Gill’s body didn’t have a brain, heart, or eyes after she died in a hospital, reported the Daily Mail. “They stole everything inside her,” she said.

“If this has happened to Amanda how many other people has it ­happened to and will again?” Hines said.

“Where are my sister’s beautiful blue eyes?” Amanda’s sister, Katie Miller-Gill, asked. “Why were they taken from her? Where is her brain, her heart?”

She said the family may have considered donating her organs, and she now thinks that Mexican criminals stole the organs under the belief that her family wouldn’t follow up on the case. No officials contacted the family about the woman’s organs.

Hines died at Hospital de Cos following diabetes complications while she was traveling in the country. Hospital officials said they don’t know what happened to the organs, according to the publication.

Hospital authorities told The Mirror that her body was passed to police in a sealed bag.

No officials have taken responsibility for the woman’s missing organs, Gill’s family told the Mirror.

“Did they do it to her because she was foreign? Did they steal her ­organs for the illegal trade?” asked a family member in the report. “We just don’t know. We haven’t got the ­answers we wanted.”

Her family also doesn’t understand why she died. “The hospital said she wouldn’t take fluids but the first thing you do is put them on a drip and that brings them round. It isn’t something that would have killed her,” said a family member.

Mexican ­officials said her cause of death was “visceral congestion,” which according to the report, perplexed pathologists in the UK.

The Foreign and Commonwealth Office told the outlet, “Our staff are supporting the family of a British woman following her death in Mexico, and we have conveyed their concerns about the handling of her remains to the Mexican mortuary services.”

Criminal gangs in Mexico have been long accused of organ harvesting. In 2014, the Guardian reported that an alleged drug trafficker from the Caballeros Templarios (Knights Templar) cartel was arrested for kidnapping children to kill and harvest their organs.

Jose Manuel Mireles said that vigilantes in Michoacan State stopped a truck driving in the area before discovering the children in a refrigerated container.

“The children were still alive and wrapped in blankets,” Mireles was quoted by the Guardian as saying. “They were all from the same school in Mexico City and their parents had let them go because they were told they were going on a trip to the beach.”

Mexican cartels, especially the Caballeros Templarios, are known to engage in illegal activity other than drug trafficking, including kidnapping, organ pilfering, and even exporting iron ore to China.

China, meanwhile, has been accused of carrying out state-sanctioned large-scale organ harvesting for the past decade or more. Various religious groups who are known to not drink or smoke, particularly practitioners of the persecuted Falun Gong spiritual discipline, are targeted for their organs by Chinese communist officials.

Falun Gong, also known as a Falun Dafa, is a spiritual practice based on meditative exercises and moral teachings centered on three principles: truthfulness, compassion, and tolerance, according to its website. But in China, it’s been subjected to brutal persecution since July 1999, with widespread reports of torture, brainwashing, forced labor, extrajudicial killings, and organ harvesting in labor camps throughout the country.

“The Chinese government and Communist Party’s ongoing efforts to eradicate Falun Gong practice is a black mark on recent Chinese history. The CCP’s need to control even the consciences of the Chinese people has led to horrific human rights abuses, torture, arbitrary detention, and organ harvesting,” said Smith on Dec. 3.

Investigations by the International Coalition to End Transplant Abuse in China, an ethics group consisting of medical doctors, lawyers, academics, and other researchers, said that a significant number of Falun Gong practitioners have been killed for their organs for profit.