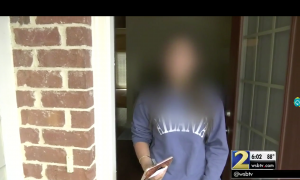 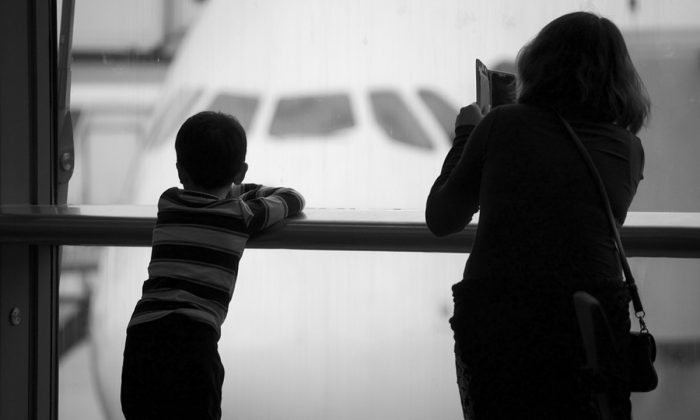 Stock image of a mother with a child at an airport. (Ciggy1/Pixabay)
Crime and Incidents

Woman Tries to Kidnap 2 Children at Atlanta Airport, Parents Wrestle to Protect Them

A woman was arrested for attempting to kidnap two children at Atlanta’s Hartsfield-Jackson International Airport while the parents wrestled to protect them on June 22.

Esther Daniels walked over to where the family was standing and tried to snatch a stroller with a child sitting in it. The shocking surveillance video taken inside the airport shows the child’s mother fighting with Daniels.

When she couldn’t grab the first child, she tried to lift the family’s second child, and this time the child’s father stepped in, reported WSBTV.

The Atlanta Journal-Constitution reported that the baby in the stroller was a girl while the other child was a 6-year-old boy.

At that point, an Atlanta police traffic control officer who witnessed the commotion ran across the airport atrium to prevent the kidnapping and then ran after Daniels.

Three other officers put her down on the ground before arresting her and taking her away on a wheelchair.

The officer said Daniels was “experiencing mental distress” and was taken to a hospital before being transported to the county jail, reported ABC7.

A resident of Kansas, 26-year-old Daniels was charged for attempting to kidnap and for obstructing an officer. She is held at Clayton County Jail without a bond.

The children and their parents are from Lithia Springs and were on their way for a holiday at Disney World, according to various media reports.

Brown applauded the officer whose prompt action helped the family. “She deserves all the praise,” she said, according to WSBTV.

“Especially for her to have been working, really, in a civilian capacity, for her to just to jump in right away with no hesitation is amazing,” Brown said.

The spokeswoman said it was essential for the three officers to grab and put Daniels down on the ground.

“That’s why we go through our training and make sure, of course, we’re able to get that person in custody, hopefully without any injuries or anything like that, but they had to do what they needed to do in order to subdue her to put her into custody,” Brown said.

Daniels’ preliminary hearing before a Clayton County judge is scheduled for July 11, according to WSBTV.

It says, based on the identity of the abductor, there are three types of kidnappings—family kidnapping where the child is abducted by someone from within the family, acquaintance kidnapping, and stranger kidnappings.

“In 80 percent of abductions by strangers, the first contact between the child and the abductor occurs within a quarter mile of the child’s home,” said Parents.com.