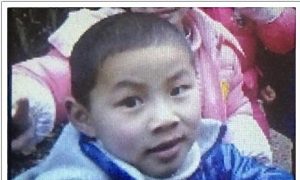 Stock photo of an ambulance. (Michael Gil via Wikimedia Commons)
US News

Woman Trapped for 3 Days in Septic Tank at Oregon Home

A woman was trapped in the septic tank in her backyard in rural Oregon three days before she was rescued by firefighters and airlifted to the hospital.

Firefighters in Estacada said in a statement that they found the unnamed woman on Aug 20. lying in the tank with her face just above the surface of the raw sewage.

The woman lives alone at the property near Estacada, about 30 miles from Portland in a rural area where septic tanks are common.

The woman’s daughter had become concerned when she had not heard from her mother for three days, so went to check on her at home, and found her in the tank.

Richard Anderson, a division chief for Estacada Rural Fire District No. 69, told KATU: “It looks like there was work being done on the septic tank. There was a tractor in the area and a hole had been dug exposing the tank. And then she had fallen through about a 2-foot by 2-foot hole in kind of the rusted metal top of the tank.”

It took the fire crew about half an hour to get her out of the tank.

“We could see her in the tank, we could communicate with her,” Anderson said.

“She was alert enough that she was able to grab onto the ‘D-handle’ of one of our tools and set herself up a little bit,” Anderson told Fox 12. “And then they were able to get a strap around her and they were able to lift her out of there with that.”

“In my entire career, I can’t imagine another time this has happened,” Anderson said.

“It can be definitely a scary situation, especially sitting at the bottom of a septic tank and you don’t know that anybody’s coming to get you,” Nick Wettlaufer, an engineer/paramedic, told KATU.

The woman had suffered no injuries, according to KATU, but was airlifted to hospital in Portland due to concerns about possible infection from prolonged contact with the sewage and lack of oxygen in the tank.

A neighbor told Fox 12 that the woman’s family anticipated that she would make a full recovery and return home by next week.