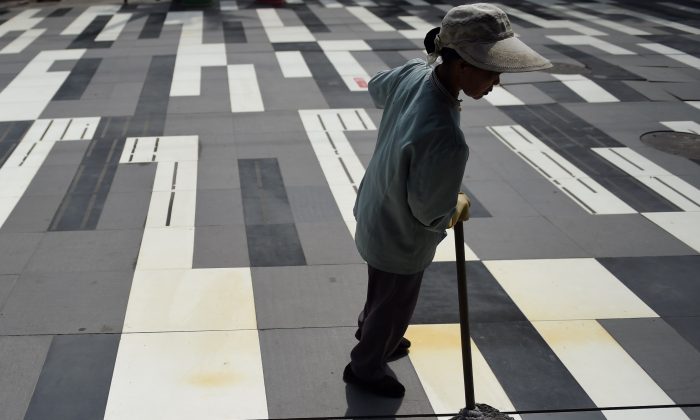 Woman Takes Anger Out on Elderly Custodian in Elevator

A 63-year-old female custodian was kicked several times by a younger woman after an argument erupted between the two inside an elevator.

The incident, which occurred on May 11 at a housing complex in Changsha City, Hunan Province in China, was recorded by security cameras in the elevator. The footage revealed the two women arguing, then fighting over a waste bin that had tipped over, according to the Chinese media outlet The Beijing News. The argument led to the younger woman physically attacking the custodian.

The custodian, surnamed Zheng, was not reported to have any injuries.

The younger woman, who is a resident in the housing complex, justified her behavior by saying that she was in a bad mood, according to the major Chinese online news outlet Passion News. Her name was not given in the report.

A settlement between the two women was arranged by the property management, and the local police is investigating the incident, according to The Beijing News.

Zheng was working downward from the 16th floor, removing waste at each level, as she moved toward the first floor. She still had several more floors to go to.

Footage from the security cameras show the young woman in a blue shirt getting in the elevator with Zheng. She insisted on going up, but the elevator was going down.

Zheng suggested to the woman to use another elevator because there were three others that were available. But the woman insisted on using the same elevator because she was in a bad mood, according to Passion News. Then the confrontation between the two escalated.

“It must have smelled inside,” Zheng’s son told The Beijing News. “The first time she pushed the can out, it tipped over and garbage spilled [all over the floor].”

The short clip from The Beijing News shows the two women initially fighting over a small green garbage can that had tipped over. After the can was pulled all the way back into the elevator, the young woman makes an aggressive move.

After struggling for a moment, the woman throws a purple bottle at Zheng, splashing liquid in the elevator. Zheng retaliates by picking up a cardboard box from the floor and throwing it at the woman, which she quickly deflects and responds with a kick to Zheng’s abdomen.

Zheng reaches for another box on the floor, but the woman lifts her right leg and kicks Zheng’s arm. The custodian brushes it off, and receives another kick from the woman.

Only the brief conflict is shown. No injuries were reported.

The Beijing News reported that the dispute between the two women was later resolved with a settlement arranged by the property management, and the local police opened up an investigation.