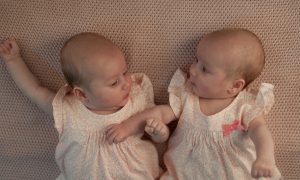 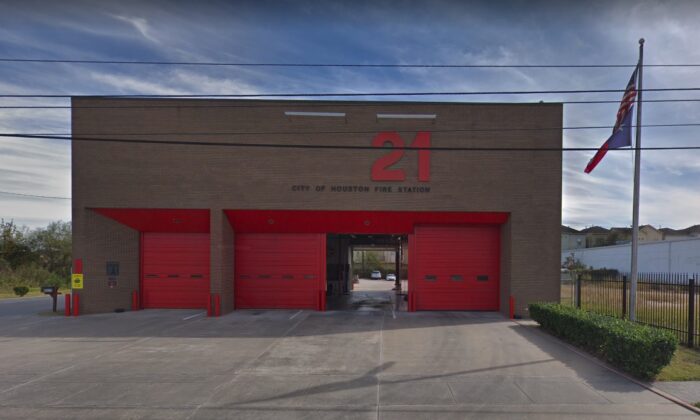 A woman brought a newborn girl to a Houston fire station shortly after midnight on Tuesday, Oct. 8, and left.

The firemen at Houston Fire Department’s Station 21 accepted the baby due to the Safe Haven law, KHOU11 reported, which allows parents unable to care for newborns to surrender them at a designated safe site, no questions asked. Locations legally considered safe places to surrender a baby include EMS stations, fire stations, and hospitals.

The baby was taken to a hospital for evaluation, the news outlet reported, citing police as saying the infant did not bear any signs of injury.

Paramedics cited by Click2Houston said the baby was likely born within a couple of hours of being surrendered at the fire station.

It was unclear whether the woman was the child’s mother and, according to KTRK, investigators were looking into the circumstances of the incident.

“At this point, CPS and HPD juvenile investigators will do a follow-up investigation to see if we can determine circumstances of how the child was dropped off at the fire station,” said HPD Lt. Larry Crowson, according to KTRK.

The little girl will be placed in the custody of Child Protective Services.

The incident follows the earlier case of a woman who dropped off her 11-month-old son at a Houston fire station, reportedly out of fear for his safety.

The woman, who was not identified by name in a KTRK report, said she and her child had been turned away from a shelter.

She reportedly told the police she and the boy had nowhere to go and would have had to stay overnight in her car.

Two-year-old in the arms of firefighters after being left behind at station 68. The mom told authorities she was turned away from a shelter and had been living in her car. pic.twitter.com/6RhD7WSxVM

The woman left the child at Fire Station 68 at around 3 a.m., according to the report, before returning about an hour later.

No charges have been brought against the woman, who claimed to be a victim of a domestic violence situation.

Parents unable to care for a child that is 60 days or younger can legally drop them off at fire stations, hospitals, and emergency centers in Texas under what’s called the Baby Moses law.

“If you have a newborn that you’re unable to care for, you can bring your baby to a designated safe place with no questions asked,” the Texas Department of State Health Services states.

Also knows as the Safe Haven law, the Baby Moses law “gives parents who are unable to care for their child a safe and legal choice to leave their infant with an employee at a designated safe place—a hospital, freestanding emergency medical care facility, fire station, or emergency medical services (EMS) station.”

The department notes that the parent’s identity will not be divulged and medical care will be provided to the baby.

Parents who leave their children with employees of designated safe places will not be prosecuted for abandonment or neglect.

Every state, including Washington, D.C. and Puerto Rico, has similar laws to the Baby Moses Law in Texas, under which parents can safely and with impunity cede custody of infants. The specifics of the laws vary across states.

“The focus of these laws is protecting newborns from endangerment by providing parents an alternative to criminal abandonment, and therefore the laws are generally limited to very young children. For example, in approximately 11 states and Puerto Rico, only infants who are 72 hours old or younger may be relinquished to a designated safe haven,” according to the U.S. Department of Health & Human Services (pdf).

The agency explains the reason for the enactment of the laws is “to address infant abandonment and endangerment in response to a reported increase in the abandonment of infants in unsafe locations, such as public restrooms or trash receptacles.”