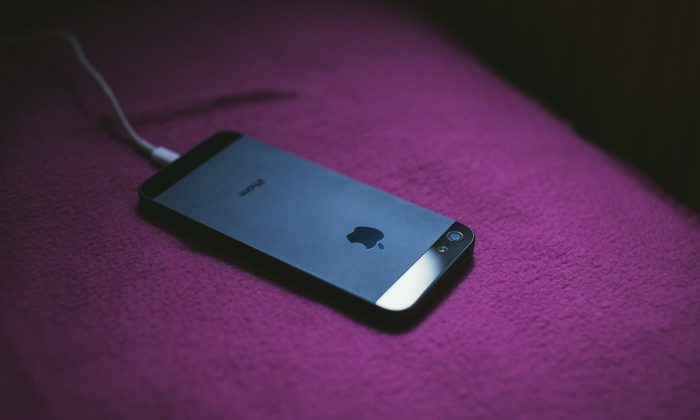 A stock photo shows an iPhone being charged in bed. (Pixabay)
Tech News

A young woman suffered severe neck burns after her necklace came in contact with her generic cell phone charger, prompting experts to warn about the potential dangers of using these products.

The recent case study was published in the Annals of Emergency Medicine.

The scientific journal reported that the 19-year-old woman, whose name was not revealed, was wearing a chain necklace while lying in bed with her generic iPhone charger underneath her pillow and plugged into an electrical outlet. She had to seek emergency hospital care after she “felt a sudden burning sensation and severe pain around her neck,” which she later learned was a second-degree burn.

Doctors at the University of Michigan C.S. Mott Children’s Hospital suspect the burn occurred when the charger touched her chain necklace, which transmitted an electric current to her skin, even though the charger was plugged into the outlet but not her phone.

“Teens and adolescents are particularly at risk of injury due to their frequent mobile device use,” says lead study author Dr. Carissa Bunke, a pediatric resident at the University of Michigan C.S. Mott Children’s Hospital.

While off-brand chargers are cheaper than those approved by phone manufacturers such as Apple, they usually come with different qualities and safety standards, and “can cause burns or electrocutions,” according to the case study.

Several companies that investigated off-brand chargers concluded that “the majority of the generic chargers fail basic safety testing, making them a higher risk for electrical injury,” the article says.

One such analysis referenced by the study comes from Underwriters Laboratories (UL), a global safety certification company (pdf). Upon the investigation of 400 generic smartphone chargers, UL concludes that 99 percent of them were unsafe, with 22 of the chargers “immediately damaged” during the testing process.

“All but three failed our basic safety tests and were fire and shock hazards. Twelve were so poorly designed and constructed that they posed a risk of lethal electrocution to the user,” says UL in its report.

Another analysis referenced by the case study was conducted by Electrical Safety First (ESF), a charity on electrical safety in the U.K. The ESF reports a 98 percent safety test failure rate. with 63 of the 64 samples failed one or more of the mechanical and electrical tests, meaning that they are “highly unsuitable for use.” This report concludes that these generic chargers “pose a significant risk to the health and safety of users, and at the very least, present a risk of damaging connected equipment.”

How to stay safe