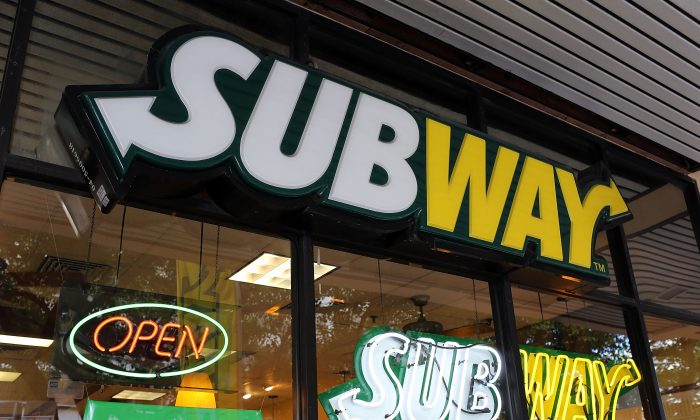 Woman Sues Subway Owner for $25,000 After He Allegedly Hits Her in the Head With Sandwich

A North Carolina woman who took a viral video of a Subway manager who cursed at her and apparently threw a sandwich at her head has sued the restaurant.

Tina Richardson, also known as Elizabeth Hinson, went to a Subway on the Concord Parkway, on March 8, to buy a sandwich for an elderly woman she takes care of, but when she got home she realized that the sandwich she received was not what she ordered, reported ABC News, citing court documents.

WATCH: A video showing what appears to be a Concord Subway worker hitting a woman then cursing at her has gone viral….

Richardson then returned to the store to ask for a refund but the employee refused and went to get her manager.

The manager, Kenneth Lancaster, who owned the Subway, then came out from the back and started yelling expletives at her, demanding that she leave. What panned out afterward was recorded on Richardson’s phone and posted to social media on March 8.

According to the video, Lancaster approached Richardson and slapped her phone away while yelling at her to “get out.” He is then seen walking away to the back. The phone then films a sandwich that appeared to be thrown to the ground. Richardson said, “This is what the owner of Concord Subway does to his customers who have a legitimate complaint.”

She then films the employee who initially refused her refund. Richardson said, “And that’s the woman who got it started right there. That girl right there.”

The employee, who has not been identified, then approached Richardson and also yelled for her to leave the store, while also using expletives. At the end of the video, Richardson leaves the store.

Facebook Family and friends, please don't give Subway at 601 and Hwy 29 in Concord you business anymore. The owner thinks that it's ok to smack my phone away, smack me in the head and then throw the sandwich (that I was trying to get corrected by refund or store credit) at my head. What has this world come to.

“Facebook Family and friends, please don’t give Subway at 601 and Hwy 29 in Concord [your] business anymore. The owner thinks that it’s ok to smack my phone away, smack me in the head and then throw the sandwich (that I was trying to get corrected by refund or store credit) at my head. What has this world come to,” Richardson wrote on her Facebook.

Richardson told WSOC that she does not want anybody else to be treated the same way as she was treated. She said, “He doesn’t get to treat anybody like that and that they get somebody into Subway to treat people with respect and fix problems when you’re wrong. That’s what you’re supposed to do.”

Richardson’s lawyer, Bo Caudill, described the manager’s alleged conduct as “disgraceful and deplorable” in a statement to ABC News.

A North Carolina woman has filed a $25,000 lawsuit against a Subway sandwich shop franchisee after he allegedly slapped her during a dispute over a sandwich.

“When she did not get the wrap that she ordered, Ms. Richardson returned to Subway expecting a simple refund. Instead, she received a slap in the face,” Caudill said. “The violent conduct depicted in the video is disgraceful and deplorable, and should greatly concern everyone who eats at Subway and expects Subway stores and their owners to provide a safe, family-friendly environment, free of sexist discrimination and violence.”

A Subway representative told WSOC that a local team had reached out to Richardson to apologize on behalf of the restaurant, according to a statement.

“Providing an excellent guest experience is important to us and our expectation is that everyone is treated with respect. The local team has reached out to the guest to apologize on behalf of the restaurant as this incident is inconsistent with the high standards Subway® restaurants requires of its Franchise Owners. The Franchise Owner expressed his regrets for how he handled the situation,” the statement continued.

But Caudill told the news website that the restaurant had not reached out to his client.

Richardson is seeking $25,000 for the physical and emotional harm endured during the incident.