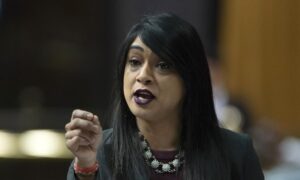 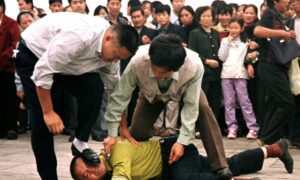 Woman Sues Ex-Boyfriend for Half of $6M Lottery Prize, Claims Prior Agreement

A Canadian woman who claims she had an agreement with her ex-boyfriend to share any winning lottery tickets they cashed in said he cheated her out of $3 million after he won $6 million.

Denise Robertson filed a statement of claim in court in Ontario, saying that her ex-boyfriend Maurice Thibeault “behaved with deceit, arrogance, high-handedness and a callous disregard” for her and her rights, reported the Woodstock Sentinel-Review.

The claim, which Robertson wants to be heard by a jury, seeks half the winnings along with $500,000 in damages and court costs covered.

“I think it’s more appropriate that this kind of case is heard by a jury because it is something that touches on… what the standards of morality are and what the community wants their law to be,” Robertson’s lawyer Steve Pickard told CBC.

The fight started last year after he bought the winning ticket.

Thibeault didn’t inform his girlfriend and moved out days later, also quitting his job. She said they had an agreement to share any lottery winnings, which he denies.

“This is no more complicated than a game of bingo,” Thibeault’s lawyer, Richard Pollock, told the outlet.

“He purchased a ticket, he won the ticket, he has claimed the prize. He is a good and honest man and what is at stake here is his reputation.”

Jennifer BiemanDreams of muscle cars and a sprawling rural property ditched, the ex-girlfriend of a $6-million Chatham lottery winner is taking the battle for half the winnings straight to https://t.co/aqrOCFrzmI… https://t.co/MCJSJYMYfO pic.twitter.com/UBCWJuxkUf

An Ontario man won a $6M lottery jackpot. He then split from his girlfriend. She wants half of the winnings. Maurice Thibeault and Denise Robertson are now heading to court. pic.twitter.com/srsFurNEA7

In the court filing, Robertson said that the couple dreamt of what they would use lottery winnings on.

“Together, they dreamed about winning the lotto,” the statement of claim alleges. “They both love muscle cars, they would each buy one and buy a large property in the county and build a large shop to work on their cars.”

The lawyer said it could take more than a year for the case to be heard.