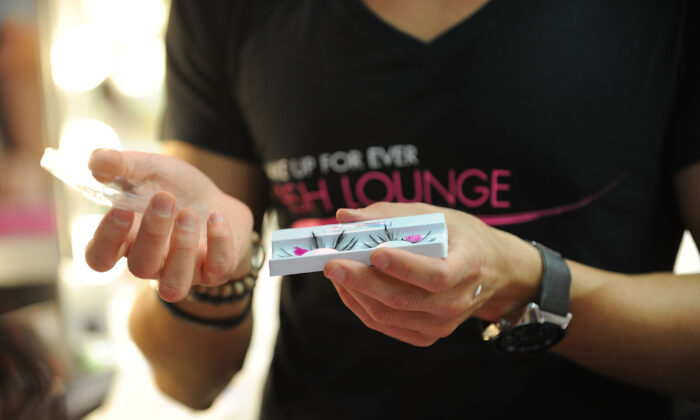 LOS ANGELES—A woman is suing a cosmetic company with many celebrity clients, alleging its false eyelashes that contain mink fur are falsely advertised as being manufactured in a “cruelty-free” way when in fact they made in China in a manner abusive to the semiaquatic mammals.

Woodard’s lawsuit allegations include false advertising, consumer fraud, unjust enrichment, breach of express warranty and negligent misrepresentation. Woodard seeks an injunction against Lilly Lashes’ alleged manufacturing practices as well as a refund to all class members who bought mink eyelashes from April 2018 to the present in the suit brought Tuesday.

A Lilly Lashes representative did not immediately reply to a request for comment.

Lilly Lashes sells cosmetics, including false eyelashes, eyeliner and mascara through the company’s website as well as through such retail outlets as Sephora, Ulta Beauty and Amazon.com, primarily targeting young people through the social media, the suit states. Lilly Lashes has 2.4 million followers on Instagram and claims that Jennifer Lopez, Kim Kardashian, Kylie Jenner, Rihanna and Lady Gaga are “just a few of the A-List celebrities that have rocked the red carpet in their Lilly Lashes,” the suit states.

The company’s founder is Lilly Ghalichi, a former reality television personality who appeared on “Shahs of Sunset” on the Bravo network, the suit states.

“At the time of purchase … (Woodard) believed that the mink was ‘cruelty-free,”’ but she would not have purchased the items had she known the processes allegedly used to make them, the suit states.

“Despite marketing its lashes as ‘cruelty-free,’ Lilly Lashes knows that is lashes are created in a way that is harmful to animals,” according to the suit, which cites a May 2020 article published on the People for the Ethical Treatment of Animals website stating that the mink fur from which the mink eyelashes are made come from animals “confined in cramped wire cages that are often caked with waste.”

When the mink fur is ready to be harvested, farmers commonly use the cheapest killing methods available—including gassing, electrocution and neck-breaking—before removing the skin of the animals, according to the suit.

“Animal cruelty is clearly an important issue for customers of Sephora, Lilly Lashes and other brands that market products to young female consumers,” the suit states.

Lilly Lashes also posts fake customer reviews on its website that are actually written by its own employees in order to entice buyers into purchasing the lashes, and markets some of its mink fur lashes as “vegan,” according to the suit.

“Defendants continue to engage in the deceptive practice and consequently, unwary consumers are injured on a daily basis by (Lilly Lashes’) unlawful conduct,” the suit states.

Woodard might purchase the products again if they do not contain mink and are properly labeled, the suit states.