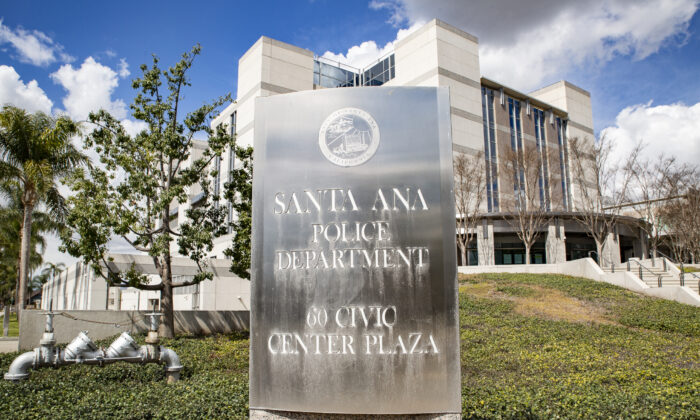 SANTA ANA, Calif.—A 40-year-old man has been arrested for allegedly stabbing a woman to death in Santa Ana as a result of a “failed dating relationship,” police said Aug. 27.

The Santa Ana Police Department received a call at 11:41 a.m. Aug. 26 about a stabbing in progress in the 200 block of North Gunther Place.

Arriving officers found a 51-year-old woman suffering from a stab wound to the upper body. Orange County Fire Authority paramedics rushed her to a hospital, where she was subsequently pronounced dead.

Police detained Ignacio Vazquez Morales as a suspect in the death, and said a knife they believe was used in the stabbing was recovered at the scene.

Morales, a resident of Santa Ana, was arrested on suspicion of murder.