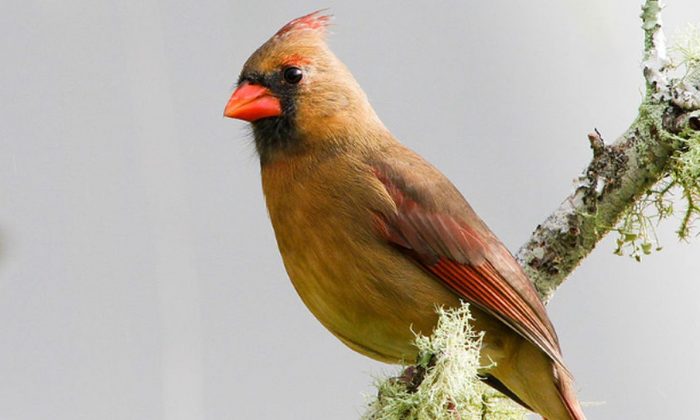 Woman Spots ‘One in a Million’ Yellow Cardinal

A rare yellow cardinal was spotted in an Alabama woman’s yard. Cardinals are typically red, but there are exceptions to the rule.

Karem Maldonado of Mobile County, who has been described as an avid bird watcher and gardener, spotted the yellow bird.

After she posted a photo of the bird on Facebook, people from around the United States told her they’ve been looking for the rare cardinal for years but never found one.

“I decided I was just going to practice taking pictures with the red ones. So, I was just sitting down kind of hiding behind a green pillow,” she said, according to 6ABC.

She stayed still, and the bird showed up.

WOW! The cardinal rule of cardinals is they’re red. But just like all rules, there’s bound to be at least one exception. https://t.co/rdIR6FF9Pe

“Well at that point I focused on the bird. He kept on coming. I kept on walking toward the window, which I thought would just deter him and go away. He wasn’t scared,” Maldonado said.

“To me it’s just very special. My dad’s been dead for 41 years, so that might be my dad,” Karem said.

The yellow cardinal’s rare coloring may be a result of a genetic mutation, or even illness https://t.co/gFb6ODOf3d

She added that he’s from Ohio, and the state bird is the cardinal.

“That’s the southern thing they say is if a cardinal comes in your yard, it’s because a dead one is visiting. And I said, I must have a party going on in my yard,” she said.

Auburn University ornithologist, Dr. Geoffrey Hill said it is a “one in a million” find, according to the report. Hill said the coloring is a rare genetic mutation, saying that the DNA stops production of the red pigment, which is why the birds are yellow.

“All animals carry a DNA code, and all animals have mutations. Certain mutations have a dramatic effect on what the organism will look like. This shows that nature is not static. It is a work in progress and is changing,” Hill added.

In 2018, another yellow cardinal was photographed in Alabama.

CHECK IT OUT: A special, rare sighting in Theodore today!

We spoke with a woman who caught a #yellow #cardinal on camera!

Apparently the little guy is a frequent flyer in her yard!@WKRG #ALNews #bird #birdwatching pic.twitter.com/9nhHvIF1Kc