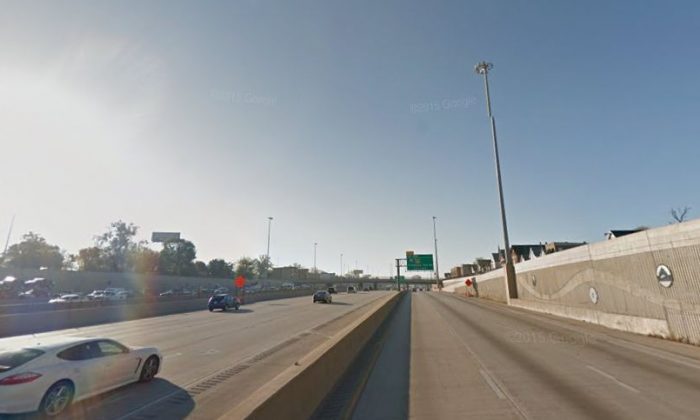 Woman Shot in Car on Dan Ryan Expressway in Chicago

A Chicago woman was shot in the chest while riding in a car on the Dan Ryan Expressway on Thursday morning, according to reports.

ABC7 reported the 18-year-old woman and other people in the car got into an argument with a person in another car in the West Chatham neighborhood at around 2 a.m. An unnamed witness, who saw the argument, said it took place at a Shell gas station on State Street.

In a statement, Illinois Police said the second car followed the woman’s vehicle onto the 79th Street ramp on Dan Ryan, reported the Chicago Tribune. That’s when someone from the second car fired “multiple shots at the victims’ vehicle,” police said.

One of the shots hit the woman in the chest. A friend rushed her to Little Company of Mary Hospital, where her condition stabilized. She was later transferred to Advocate Christ Medical Center, police said.

Police are currently on the lookout for a suspect. No other passengers in the woman’s car were injured.

Lanes of the expressway were shut down as police investigated, NBC Chicago reported. It was reopened before 5 a.m.

A few weeks ago, a man was shot while exiting the Dan Ryan Expressway when another car pulled up next to his and a person inside opened fire. The 23-year-old victim was able to drive down the street before calling for help.

On Wednesday and Thursday morning, eight people were shot in Chicago, including the 18-year-old woman, police said.

About half of them involved documented gang members, DNAInfo reported.