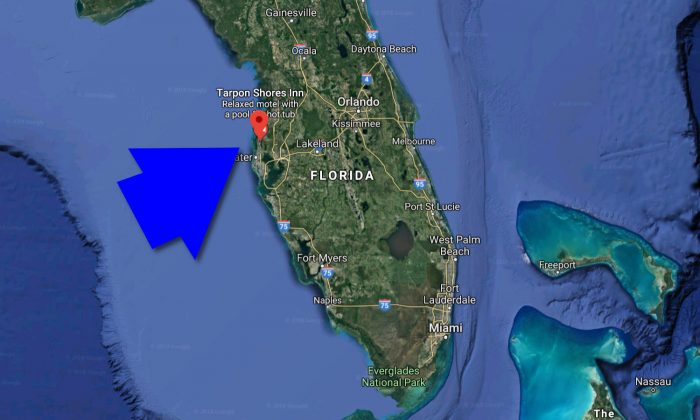 A woman in Tarpon Springs, Florida, was arrested and charged with aggravated cruelty to animals for shooting and killing her fiancé’s dog.

She shot the dog after the man refused to help crack her back. When he first refused, an argument ensued. Twenty-seven-year-old Giselle Taylor got a loaded gun from the garage and approached him, hoping to scare him, WFLA reported.

He remained unphased, so she pointed the gun at her fiancé’s 2-year-old boxer. She fired and hit the dog in the torso, WFLA reported.

Taylor was stopped by police while driving away from the house. She was taken to jail, and then released on a $5,000 bond, WFLA reported.

Commenters to a Wink News report of the article suggested that the woman had mental issues.

“It’s obvious this girl needs help. Put her in a mental facility to get the help she needs, otherwise she is going to do it again. She should serve some time for awhile for killing the dog and threatening her boyfriend. Such a shame!” commented Linda Hensley.

“Was the gun legally purchased? She deliberately made a conscious effort to kill that dog because she did not get her way and threatened another human,” commented Adrianne Mary. “Changes have to be made everywhere. She needs a Psychiatric evaluation.”

“Seriously??!! That could have very easily been a child. Lock her up in a mental facility and leave her there!” commented Dana Lehman-Johnson.

Other commenters disagreed with the woman getting released on bond.

“Why is she out of prison??? No bail for her. She is a crazy person outside, and walking like nothing happend!!!!” commented Claudia Moyano.