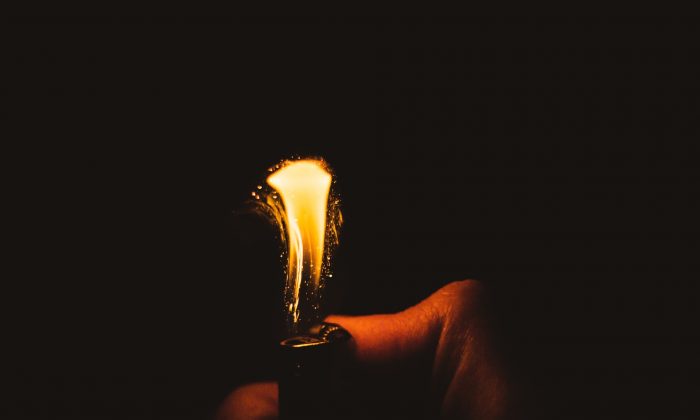 A man died two days after his wife set him on fire following an argument sparked by his refusal to give her his phone password.

Dedi Purnama, 26, was repairing the roof of his house in a coastal village in Indonesia on the afternoon of Jan. 12, according to local media reports, when his wife called up to him, wanting to access his phone.

He refused and climbed down the ladder. An argument followed. He then reportedly hit his wife, Ilham Cahyani, who then grabbed a fuel can, doused him in gasoline, and immediately set him on fire.

Local residents of the village on the island of Lombok helped him put the fire out, but not before he had sustained lethal burns.

“The victim is currently being treated at the Puskesmas because he suffered burns all over his body, while the perpetrators were immediately secured to the police station,” said the police chief in an earlier statement, according to Tribune News.

The newspaper reported that Purnama died two days later. Reports on social media from Purnama’s friends mourning his passing also confirm that sometime around Jan. 14 he had died.

Photographs obtained by the Daily Mail and the Mirror citing AsiaWire show Purnama laying on a bed with his torso covered in singed black patches and the skin peeling.

He refused to hand it over – so she poured petrol on him and set him on fire.

Cahyani has been arrested, according to the Daily Mail, and remains in custody at East Lombok Regional Police Station. It is unclear from local reports if she has been charged.

On social media, his friends posted pictures and videos along with messages of goodbye.

“Goodbye friend, I hope you are at peace … may prayers always be with you …” wrote one.

Police allowed Cahyani to pay her last respects to her husband, according to Oke news, whose body was covered with blisters.

A five-strong police escort accompanied her to the funeral home, to protect her from an angry mob on the way, according to East Lombok Police Chief AKBP Agus Winarta, reported Oke News.  She was cursed by local residents, and her husband’s mother hysterically refused her entry to the funeral home.

Fiercely guarded mobile phone passcodes are increasingly a source of tension between couples, leading to some dramatic showdowns.

A flight had to be diverted in 2017, when a woman became unruly on learning—midflight—that her husband was having an affair by unlocking his carefully guarded phone.

According to reports, the woman had already been drinking before she boarded the flight from Iran to Bali on Sunday, Nov. 5, 2018. When her husband fell asleep, she managed to unlock his phone and uncovered evidence that he had been cheating.

The Hindustan Times said Indian security officials confirmed that the flight had been diverted to Chennai in India to offload a drunk Iranian woman.

She had flown into a rage after unlocking her husband’s phone by pressing his thumb against the screen as he slept. The pilot requested permission to divert and land at Chennai as she refused to settle down and cooperate with the flight crew.