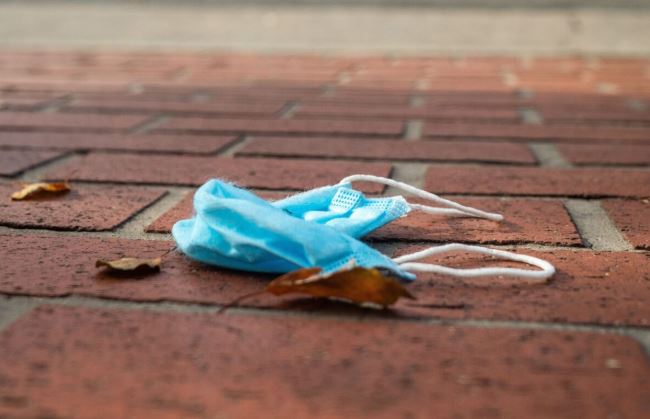 A 57-year-old nurse was sentenced to 40 hours of community service after being convicted of trespassing after refusing to wear a mask while inside a Costa Mesa, California, grocery store.

Marianne Campbell Smith was pronounced guilty on Oct. 20 of trespassing with intent to interfere with business and obstructing or intimidating a business or customers, with jurors deliberating for only 45 minutes. She pleaded no contest June 9.

In addition, Smith will need to pay a $200 fine and $895 in penalties during her one year of informal probation.

She was also required to stay away from the grocery store.

In August 2020, Smith went to Mother’s Market, a local grocery store in Costa Mesa, where face masks were required at the time due to state health standards. She participated in a mask protest outside of the store.

Smith and two other women from the protest then walked into the store without masks, where they were continually asked to leave, according to prosecutors.

While walking around the store, Smith told another customer, “You don’t have to be scared. It’s all a lie,” while simultaneously carrying a sign that said “Economic Health = Public Health” and “Healthy People Do Not Wear Masks,” according to the prosecutors.

This caused employees to become concerned, and they escorted other customers out and locked the doors, the prosecution said.

Smith told the police officers on scene that she went into the store to buy a bottle of water and that she was being discriminated against due to her having a medical exemption from wearing the mask, according to prosecutors.

Fred Fascenelli, Smith’s defense attorney, said it was disturbing how quickly the verdict was reached, given how nuanced the law can be regarding mask-wearing.

“There’s a lot of law there and complicated issues,” he told City News Service.

“She’s not offended by someone else wearing a face covering,” he said. “She physically can’t wear one. She has an issue that prevents her from doing that. She told the clerk she can’t wear a mask and told the police she could not wear a mask.”

Fascenelli said he believes the American justice system is the best in the world but thinks the jury got it wrong this time.

Orange County District Attorney Todd Spitzer had a different response, saying it was an issue of private property rights.

“The defendant wanted to make this about masks and freedom,” Spitzer said in a statement. “This trial was about a private business and workers just trying to comply with local and state health orders.

“Instead, the defendant bullied her way around the store and yelled at masked elderly shoppers that they were part of a government conspiracy. As the elected District Attorney of Orange County, I am responsible for protecting private property rights.”