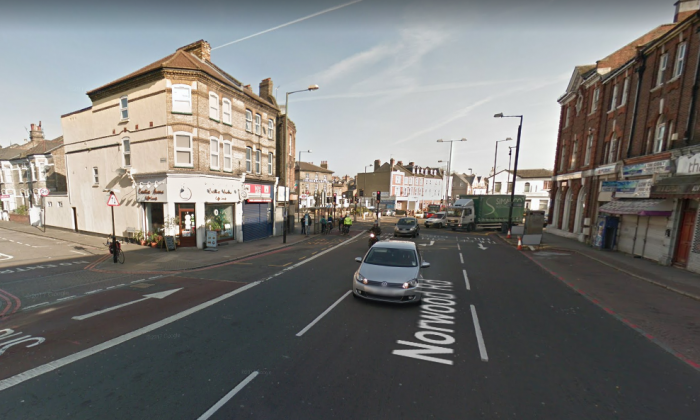 A woman has died after being run over four times in a suspected hit-and-run.

None of the drivers stopped at the scene in south London, police revealed.

Officers confirmed the victim was first struck by an HGV as she crossed the road in Tulse Hill. She was then hit by a second lorry, before being hit by two more cars.

The woman was pronounced dead on the scene at 7:21 a.m.

Police have not yet revealed the identity of the victim.

Serious Incident in #TulseHill RIP to the person who lost their life this morning. pic.twitter.com/hD1CN6AtQE

Detectives from the Metropolitan Police’s Roads and Transport Policing Command are investigating the crash.

Acting Detective Sergeant Alastair Middleton said: “I am appealing for anyone who witnessed the collision and the moments afterwards to contact us.

“I would also urge the drivers of all four vehicles to come forward and speak with my team.”

The Met said there will be a post-mortem examination in due course.

Detectives are appealing for witnesses following a fatal collision involving several vehicles – none of which stopped – in Tulse Hill #Lambeth https://t.co/kAPu6C6N0g pic.twitter.com/bCTkVxZoE9

Anyone with information is asked to contact the Serious Collision Investigation Unit at Merton on 020 8543 5157.