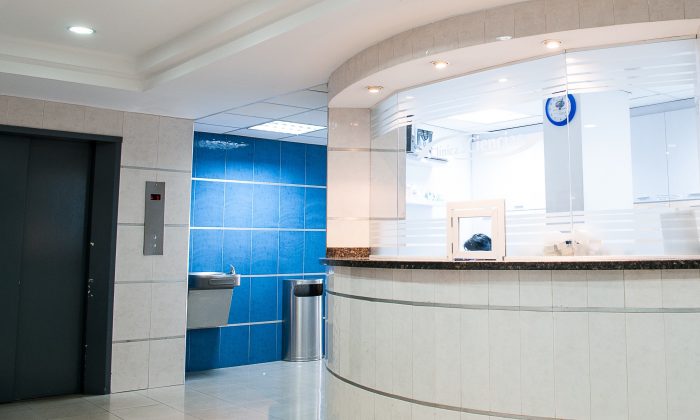 An empty waiting area in a hospital. (Martha Dominguez de Gouveia/Unsplash)
US News

Four months ago, 57-year-old Michele De Leeuw was believed to be nearly brain-dead with no hope of recovery, and her husband Karl, 58, made the heartbreaking decision to take her off of life support.

However, in what has been dubbed a miracle, the Sterling Heights, Michigan, woman started breathing on her own just moments later. After a few days, she woke up and then started talking.

“She told the nurse she’s hungry,” Karl told NBC News. “I said, ‘Well, feed her.’ … Two days later she was sitting up in bed feeding herself.”

When Michele had a heart attack in August, her husband called 911, saying he didn’t know how to do CPR. She lost consciousness and stopped breathing, and Karl feared she had already died.

Over the phone with the 911 operator, Karl was given instructions on how to help his wife, reported People. He laid her flat on the floor and performed chest compressions, but even so, her brain had been without oxygen for about 15 minutes.

Paramedics soon arrived and were able to revive her before taking her to the St. John Macomb Hospital, reported NBC.

“When my father called me after she was rushed to the hospital, was that he felt that she was dead. It was the most earth-shattering phone call of my young life,” Michele’s daughter, Myles De Leeuw, 24, told NBC.

“It was horrible to see my mother on more IVs and tubes than you can ever imagine.”

Michele remained unconscious for several weeks, and doctors told her family that her brain and heart activity had plummeted. They recommended removing her from life support.

Michigan Woman Makes a Miraculous Full Recovery After Being Taken Off of Life Support https://t.co/mciO8cFNwG

Then Karl said I had to make the “hardest decision of my life,” he told NBC. He agreed to take her off the ventilator. And then the miracle happened.

Michele began to breathe by herself. Her life was not over yet.

The woman was sent to “comfort care,” since doctors still did not expect her to survive much longer. Then she opened her eyes, and she was soon on her way to a full recovery.

“I truly believe she is a depiction of a miracle,” Karl told WDIV, speaking about his wife.

However, Michele did have to undergo open heart surgery and lots of therapy.

“I don’t think I’ve really processed everything that had happened in the last four months,” Michele said to WDIV.

She was recently presented with the Sterling Heights Fire Department Survival Coin in a touching reunion with the first responders who treated her.

“You wouldn’t believe it if you didn’t know what she’s gone through,” Karl told NBC. “She’s a miracle lady.”

The couple has now been married for 26 years, and they’ve experienced the meaning of their marriage vows “for richer or for poorer” and “in sickness and in health.” However, their vows of “until death do us part” have not yet come to fruition.

“I just thank God I was saved,” Michele told WDIV. “I know it means something good is going to come of this.”