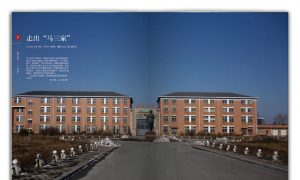 Woman Recounts Torture in Most Notorious Labor Camp in China

The Masanjia Labor Camp was recently in the news in a big way in China, after Lens Magazine published a report on April 6 about the torture that goes on there. One Falun Gong practitioner recently told The Epoch Times about what she saw and suffered at the camp.

Located in Liaoning Province in northeastern China, Masanjia has a reputation for brutality, especially toward Falun Gong practitioners, who make up the majority of its population. In July 1999 the then-Communist Party head Jiang Zemin began a campaign to eradicate Falun Gong out of fear for the popularity of the spiritual discipline, and Masanjia has played a prominent role in that campaign.

Ms. Xie survived seventeen months in Masanjia. Her ordeal began in November 2005 when a group of plainclothes police officers, disguised as water meter readers, abducted her.

After gaining entrance, they knocked her unconscious and confiscated her possessions. Ms. Xie was later detained without a single warrant or a charge. She was neither allowed to see her family nor to have a lawyer represent her.

Ms. Xie went on a hunger strike for 15 days and was then forcibly taken to Masanjia Women’s Forced Labor Camp. There she learned for the first time about the practice of harvesting the organs from Falun Gong practitioners for use in transplantation.

Before undergoing an extensive physical examination, Ms. Xie was falsely told that if she was not healthy enough, she would be allowed to go home.

To her surprise, the physical examination was very thorough, including x-rays, heart and liver tests, an ultrasound, blood test, urine test, etc. She thought it was also very odd that an extra large syringe was used to draw blood.

Was this genuine care for the detainees by Masanjia Forced Labor Camp? Obviously not. At Masanjia, torturing detainees was common practice, and the torture was especially cruel for Falun Gong practitioners who refused to give up their beliefs.

During her detention, Ms. Xie found something else very odd. Some steadfast Falun Gong practitioners, who refused to give up the practice and were frequently tortured, would suddenly disappear without a trace.

“Their prison terms had not ended and all their belongings remained in the camp,” she said.

At the end of March 2006, a family came to visit their daughter, a Falun Gong practitioner named Liu Mingwei.

When Liu’s family was refused entry, they began shouting outside the camp that they would expose the gruesome practice of live organ harvesting to the world if prison officials would not let them visit their daughter.

At that moment, Ms. Xie recalled how the police had often said to her, “If you don’t give up practicing [Falun Gong], you will be taken to climb up the chimney [the chimney of a crematorium].”

She thought this was a serious death threat, but hadn’t known before about organ harvesting.

Looking back, Ms. Xie now remembers a warning a policeman had given her soon after the persecution had begun.

She and her six-year-old son had traveled to Beijing in October 1999 to appeal for the right to practice Falun Gong. Before they arrived at the State Bureau of Letters and Calls—the official bureau for lodging complaints about state wrongdoing—they were arrested by police and detained at a police station near Tiananmen Square.

Seeing that she was with a six-year-old child, a police officer, who appeared to be a person with a good heart, said: “Look at you, with such a small child. If you don’t give your names, they will send you to a concentration camp. Then, nobody will ever see you again. Once you are in, there is no coming out.”

Many Falun Gong practitioners did withhold their names upon arrest in order to protect their family, friends, and colleagues from reprisals. Investigators into the atrocity of forced, live organ harvesting have since reported that these anonymous detainees were a very vulnerable population.

Because they had remained anonymous, no one on the outside could find them. Their organs could be harvested without the police risking discovery.

Concerned about the wellbeing of her son and terrified after undergoing physical and mental torture, Ms. Xie gave the police in Beijing her name.

Ms. Xie was released from Masanjia in March 2007 and shortly thereafter met with an ex-colleague, Li Shiying. Li told her that his wife just had liver transplant surgery at the 301 Hospital (the General Hospital of the People’s Liberation Army).

From the day his wife was admitted to the end of the surgery was only 21 days. “The doctor said the liver was donated by someone who practiced qigong. It was definitely a healthy liver,” Li explained.

Hearing this story, Ms. Xie’s heart felt a moment of panic. She realized she must have been on the list of potential live organ donors tabulated by the Chinese regime. Information about all her organs was most likely entered into a computer database after the unusual physical examination she had been given.

Ms. Xie told the Epoch Times reporter that there were many methods of torture employed in the Masanjia Labor Camp. Besides tiger benches, solitary confinement, airplane style hangings, and deathbeds, there were also a water dungeon and a basement dungeon. Those beaten to death were considered to have died from suicide or disease.

Ms. Xie saw the water dungeon with her own eyes. “The water dungeon was located below the boiler room. It was filled with water. When people were locked inside the dungeon, they could only keep their heads down as the height of [the dungeon] was not high enough,” she said.

“However, the use of the water dungeon was exposed by Falun Dafa practitioners outside China, so in 2005 the water was drained, and the dungeon was abandoned.”

Ms. Xie heard about an underground dungeon in a warehouse at Masanjia from other practitioners.

Minghui.org, a Falun Gong website, had once received a letter from someone being persecuted in Masanjia claiming that between May and June of 2012, the police opened a large factory in Masanjia and made imprisoned Falun Gong practitioners clean it.

During the cleaning process, someone discovered a large iron board on the ground that made a ringing noise when stepped on. Falun Gong practitioners pulled away the iron board to find a large black hole underneath that emitted a rotten gas. A metal mesh and iron railings covered the hole.

Later they uncovered four to five holes similar to that one. The door to the black holes was in the middle of the back wall of the large warehouse. When they opened the door a noticeable negative energy exuded from behind the door.

Ms. Xie was tortured in many extreme ways. She recalls the police repeatedly told her: “There is a standard of death here at the camp. If you die, you die because of illness. Beating to death is to be counted as suicide.”