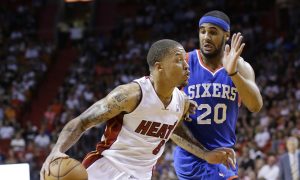 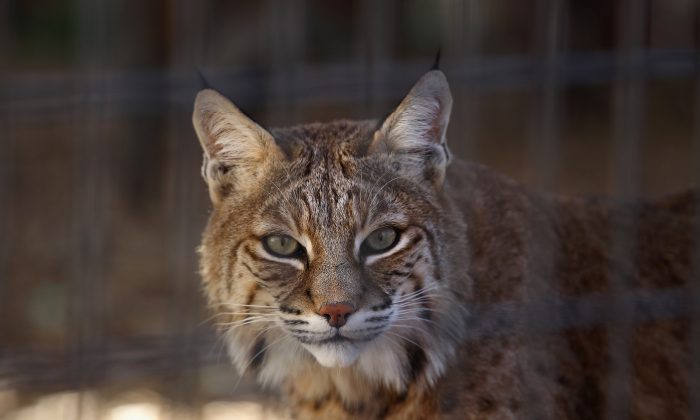 A hungry bobcat at the Wild Animal Sanctuary in Keenesburg, Colo., on Oct. 20, 2011. (John Moore/Getty Images)
US News

A Colorado woman placed an injured bobcat in the backseat of her car as her 3-year-old child was sitting there, officials said this week.

Colorado Parks and Wildlife officials posted a strong warning for anyone who finds a bobcat in the wild.

“NEVER PICK UP WILD ANIMALS,” the office wrote on Twitter.

It then added, “See this bobcat? Notice its large teeth? Imagine the claws within its big paws. A #ColoradoSprings woman picked up this injured wild cat and put it in her car where her child was seated!”

The woman “was lucky,” park officials said, before urging people to call Colorado Parks and Wildlife instead.

We removed the bobcat, which was mortally wounded. Luckily, it was too injured to react to being picked up and placed in a car. But no one should EVER try this. This could have been tragic. pic.twitter.com/x5aqqnGWIC

In another Twitter post, the agency said wildlife Officer Sarah Watson was “greeted” by a bobcat under what appears to be a towel or a blanket. “An unrestrained wild bobcat” was found in “the back of an SUV under a blanket,” officials wrote.

The bobcat, an adult male, was growling and hissing at the officer as she secured it with a catch pole, the office said in another post.

This is the sight that greeted @COParksWildlife officer Sarah Watson when she responded to a call about an injured bobcat on Wednesday. An unrestrained wild bobcat in the back of an SUV under a blanket. A child’s car seat was just feet away. NEVER PICK UP WILDLIFE! pic.twitter.com/x8GXL0zvNv

“It struggled and swiped at her with its front claws. Upon examination, she saw the estimated 25-pound bobcat’s rear legs were paralyzed so she humanely euthanized the animal,” the office said.

But, the office cautioned, the mom had her child’s car seat “just feet away” from the bobcat. “NEVER PICK UP WILDLIFE!” the agency said.

According to another tweet, the cat was removed from the woman’s vehicle. It didn’t attack her or the child because it was “mortally wounded” and was “too injured to react,” officials said.

“No one should EVER try this. This could have been tragic,” another tweet said.