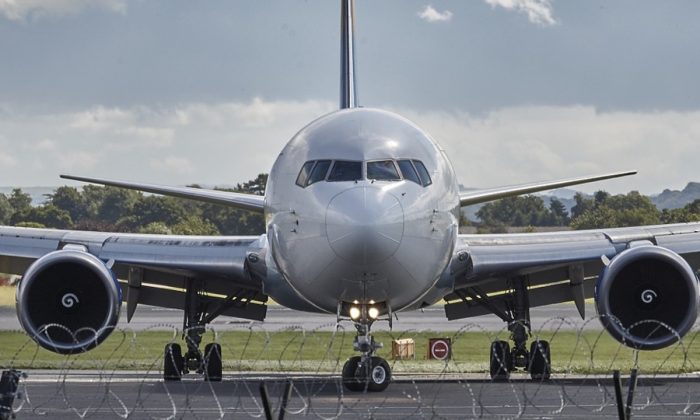 An International flight from Manchester, UK, to Islamabad in Pakistan was delayed by seven hours after a passenger mistakenly opened the emergency exit thinking it was the toilet door.

The woman traveler opened the exit door in the Pakistan International Airlines (PIA) flight on June 7 and the plane automatically deployed the emergency slide, reported The Independent.

Flight PK702 was ready to leave Manchester for Islamabad on time at 9:20 p.m. on Friday but the incident delayed the flight by seven hours.

The Independent reported that the seltbelt sign was on but despite that, the passenger decided to use the toilet. She walked to the rear of the aircraft and, instead of opening the toilet door, opened the L5 door on the left side.

“A passenger erroneously opened the emergency door causing the emergency slide to activate,” PIA said in a statement, according to The Independent.

Cabin crew is generally seated at the exit openings but media reports don’t give any further details as to why they couldn’t prevent it.

Following the incident, all the passengers had to leave the plane and the flight could only take off the next day at 5 a.m.

Since the emergency slide was automatically deployed in error it needed to be replaced. PIA chose to fly and replace it at its home base.

This cut down the flight’s evacuation capacity so it couldn’t carry all the passengers from the original flight. Thirty-eight passengers volunteered to travel on a later flight.

“PIA regrets the inconvenience caused to its passengers due to this incident.”

The incident impacted the schedule of other flights and passengers were quick to take to social media to express their concerns.

“Flight PK771 bound 2 #Copenhagen #Denmark is 7:30 hours late. Was scheduled to fly at 12:30. Passengers are at the Islamabad Airport since 9 a.m.,” Azaz Syed, an author and journalist, wrote on Twitter.

PIA responded to Syed’s message: “We regret the delay of PK771, which is an unfortunate consequence of the delay of PK702, caused due to a passenger opening the emergency door. We strongly urge passengers to follow security instructions as such mishaps result in inconvenience of hundreds of other passengers.”

One passenger wrote on Twitter that her luggage had been left behind in Manchester. “I am one of the 38 passengers who voluntarily offloaded from PK702 so it can fly to Islamabad only on the condition that all 38 of us will get our luggage,” wrote a user called Sleeping Beauty on Twitter.

@Official_PIA pathetic service from pia. I am one of the 38 passengers who voluntarily off loaded from PK702 so it can fly to islamabad only on the condition that all 38 of us will get our luggage. First you did not give it to us in Manchester that it’s going to take time 1/n

“Then when we reached here today we were told half of our luggage is still at Manchester airport. We have suffered a lot. You even took our luggage tokens, who is responsible for this pathetic service?” Sleeping Beauty wrote in a subsequent tweet.

An emergency exit in a plane is meant for emergency situations. In a similar incident last year, a passenger was fined $11,000 for opening the emergency exit to get some fresh air after a flight landed in Sichuan, China, reported The Asian Age.

“Because it was so stuffy, so hot on the plane, I just pushed down on the window handle beside me. When the door fell out, I panicked,” said the 25-year-old man, who was only identified by his surname of Chen.

The flight crew reported the matter to the police and Chen was detained for 15 days for the unauthorized removal of aviation facilities.

AskThePilot.com says that the emergency door cannot be opened while the plane is in flight.

“While the news never fails to report these events, it seldom mentions the most important fact: you can not—repeat, can not—open the doors or emergency hatches of an airplane in flight. You can’t open them for the simple reason that cabin pressure won’t allow it,” AskThePilot.com said.