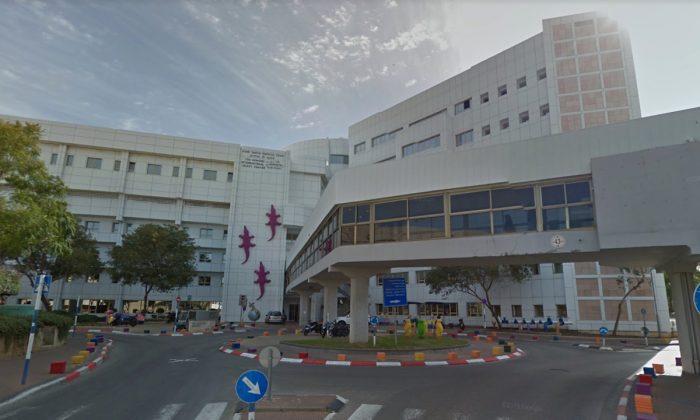 A woman was admitted to a hospital in Israel suffering from severe malnutrition and possible permanent brain damage after three weeks on a diet of only fruit juice and water.

The unnamed woman in her forties weighed less than 90 pounds when she was admitted to Sheba Medical Center in Tel Aviv on March 29, reported news outlet Ha Hadashot 12.

According to the news outlet, she was put on the fruit juice and water only diet by an “alternative therapist.” The diet reportedly damaged her capacity to regulate the salts in her body.

“There is still concern that irreversible brain damage may be caused by the diet,” reported Hadashot.

No qualifications are needed in Israel for someone to adopt the title of a dietary therapist, according to the news outlet.

Local media reports make no mention of the purpose of the diet, but fruit-only diets are sometimes used as a “detox” or as a way of reducing calories.

Some people swear by the health benefits of raw food diets: a whittled down version of a vegan diet that relies on uncooked vegetables, fruits and perhaps some supplements for nutrition.

A YouTube star who found fame and fortune espousing the raw plant diet recently faced a backlash after she was caught eating fish and forced to admit that she had ditched the diet after her menstrual cycle stopped.

For the last six years, Yovana Mendoza Ayres has touted the benefits of a raw plant-only lifestyle together with a philosophy to “reveal your authentic self.”

But she has now been forced to admit that she has started to eat fish and eggs, along with cooked foods, as a result of health problems stretching back many years that caused her menstrual cycle to completely stop.

Ayres said that the problems started after a 25-day water only fast in 2014. She said that she felt fantastic after the fast, but that her menstrual cycle stopped for two years.

Ayres—who offers lifestyle, fitness, and diet advice on her website—said that she initially didn’t think losing her period was a health issue.

“I even thought that it was a good thing at one point,” she said in the video.

After two years she was persuaded that losing her menstrual cycle was not a good sign, and sought help.

In December a medical professor described the case of a woman who went brain dead and nearly died after attempting a “soy sauce cleanse.”

She drank a liter of soy sauce (not soy milk) over a two-hour period.

YouTuber Chubbyemu, who claims to be a licensed medical provider, posted a video about the woman attempting the cleanse, Health.com reported.

Soy sauce is very high in salt or sodium, which can cause an imbalance in the body if consumed too quickly.

The 39-year-old unidentified woman went into cardiac arrest after drinking the condiment. She started to stabilize while in the hospital, but she drifted in and out of consciousness.

The woman woke up a few days later and was not able to swallow, speak, or move. She was diagnosed with central pontine myelinolysis, a type of severe nerve damage.

A Liquid Diet From the 17th Century

An Ohio man recently put himself on a liquid-only diet of a different kind: beer.

Inspired by super-strict brewer monks of the 17th century, Del Hall says he has given up eating food for the 46 days of Lent and is planning on getting all the sustenance he needs from beer—except for one vitamin pill a day.

Just over a week into his experiment, Del Hall lost over 14 pounds and claimed to feel “amazing” on his liquid diet.

“Just like the monks used to do it back in the 1600s, I’m going to do the same thing,” Hall said in a YouTube video announcing the fast. “It’s not necessarily about the weight loss as it is the challenge of replicating what the monks did.”

Back in 2011, a journalist lost 25 pounds in a similar experiment, inspired by stories of the 17th-century monks.

In the 1600s, a super-strict order of Catholic monks in Bavaria created a beer that was strong enough to sustain them through the 46 days of Lent without food.

A descendant of that beer is still brewed today by the Paulaner brewery that still carries the name of the order of monks that founded it.

In his 3 week update, Hall said that he is still fine on his diet of beer, but that he was dreaming about food almost every night and sometimes woke up chewing.