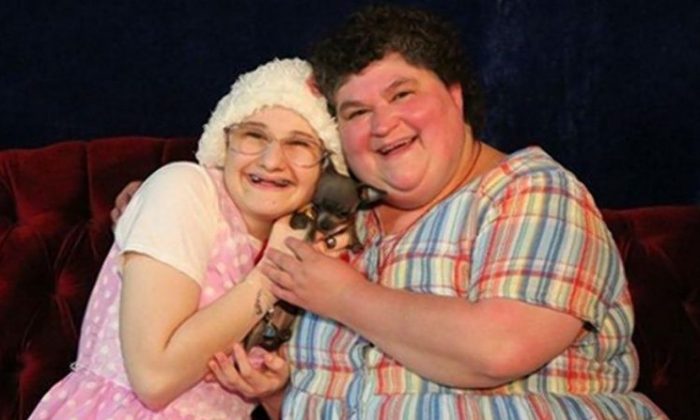 A Missouri woman serving a 10-year sentence for killing her mother got engaged to a man who contacted her after watching her documentary “Mommy Dead and Dearest” on HBO.

Gypsy Rose Blanchard, 27, murdered her mother Dee Dee Blanchard in June 2015 for being forced to portray herself as terminally ill. Currently in prison, she met her boyfriend as a pen-pal and started dating him a year and a half ago, according to People.

Blanchard told her family and friends earlier this year that the couple is getting married, her family friend Fancy Macelli told People.

#news – A Fiancé, Freedom and Fame: Inside Gypsy Rose Blanchard’s Life in Prison – https://t.co/EwzIWEzh2p – For the first time in her life, Gypsy Rose Blanchard is finally in control. Gypsy became a national true crime sensation when it was revealed in 2015 that she planned t… pic.twitter.com/ABFJoRQs5m

“They are very happy,” Macelli said. “You can hear excitement in her voice.” Blanchard didn’t want the fiancé’s name to be revealed.

Blanchard killed her mother with the help of her then-boyfriend, Nicholas Godejohn. Godejohn was convicted of first-degree murder is in prison for life without parole.

Blanchard was the victim of her mother, suffering from Munchausen by proxy. Experts define it as a psychiatric condition derived from Munchausen syndrome, a disorder wherein those impacted feign illness. In this rare case, it was Dee Dee exaggerating Blanchard’s illness.

Dee Dee would put her hands on Blanchard’s ears and tell doctors that her daughter had a history of mental retardation and that her mind is of a 7-year-old’s.

Woman says mom made her use a wheelchair and invented illnesses leading to years of treatment: “It was a fraud.” Gypsy Blanchard said she always knew she could walk but her mother Dee Dee Blanchard made her stay in a wheelchair. #ABC2020 https://t.co/RPT3b7h3CU pic.twitter.com/vhk6oORGKa

Dee Dee also didn’t allow Blanchard to date anyone and this control led her to secretly set up a profile on a Christian dating website where she met Godejohn.

Macelli told ENews that Blanchard is more mature, because unlike in the past she’s now able to have normal relationships.

“She’s doing really, really well and I think there has been a maturity that has happened because now she’s able to have normal, normal-ish relationships with people that are not controlled by one person,” Macelli said.

In prison, Blanchard didn’t have access to the internet and dating apps and met her fiancé the old fashioned way—through a letter—and they eventually became pen pals.

“He wanted to just write and tell her you know support her, be kind to her and this and that turned into a relationship through email and this pen pal situation and then he went and visited her and really that was the beginning of this friendship which turned into something more than a friendship,” Macelli told Eonline.

A Fiancé, Freedom and Fame: Inside Gypsy Rose Blanchard’s Life in Prison https://t.co/PXypnzXN7r

“I’m not sure quite the timeline of when it became more than a friendship. I think she’s keeping some things to herself so that she feels that she can control some stuff in her life for once.”

The couple has decided to get married after Blanchard gets released from prison.

Gypsy Rose Blanchard Is Engaged to Man Who Contacted Her in Prison After Documentary https://t.co/Z5pKj4Gi0d

Blanchard case has inspired many TV specials. The latest is “The Act,” a Hulu miniseries that’s based on the true and horrific relationship of the mother and daughter.

She described her ten years in prison as being better than the ten years of her life in her mother’s care, according to Eonline.

“The prison I was living in before with my mom, it was like I couldn’t walk, I couldn’t eat, I couldn’t have friends. Over here, I feel like I’m freer in prison than living with my mom. [I can] live like a normal woman,” she said.