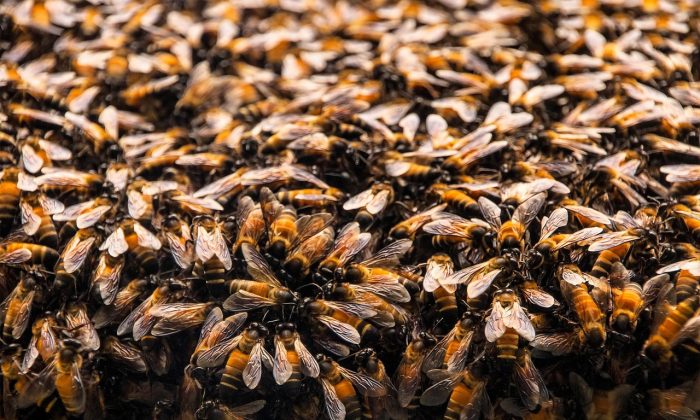 A cleaning woman was stung hundreds of times by a large swarm of bees in Lake Forest, Southern California, on July 16, 2018. (Stock photo/Donvriko/Pixabay)
Crime and Incidents

A cleaning woman was stung over 200 times by a large swarm of bees in Lake Forest, Southern California, on Monday. She is in critical condition, according to authorities.

“Basically, she was literally covered from head to toe,” Fire Captain Tony Bommarito told NBC LA. “Her face was completed covered with bees.”

Another first responder told NBC LA that the woman “had [the bees] on her face, around her mouth, around her ears, her neck and her hair.”

Firefighters seized a carbon dioxide fire extinguisher and used it on the bees. The attack was so severe that they did not put on protective gear prior to using the extinguisher.

The woman was going to get something from her car when she was attacked by the bees, according to Bommarito. Bee experts estimate that the hive had about 30,000 bees, Bommarito said, according to AP.

Four firefighters were also stung in the process, and two of them were hospitalized and later released. The woman’s son told NBC LA that she is expected to survive despite being in a serious condition.