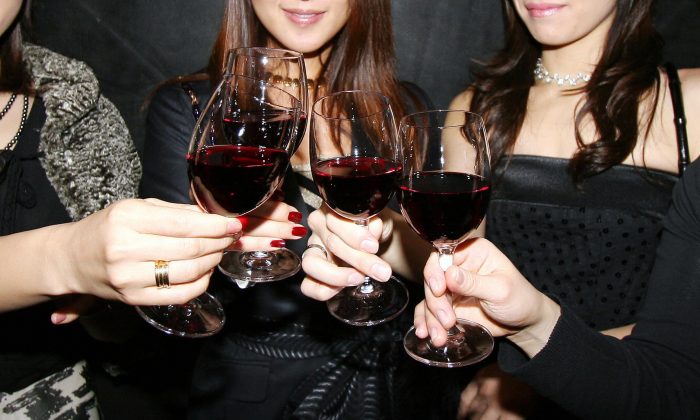 Women pose with their glasses for a toast. (Yoshikazu Tsuno/AFP/Getty Images)
Social Issues

Woman Gets Drunk to Get Herself Arrested After Fight With Boyfriend

Some people will turn to the bottle as an escape from the troubles of life. However, one woman drank specifically to get herself into trouble, and got more than she had planned for.

The woman, surnamed Liu, had gotten into an argument with her boyfriend on June 11, according to Chinese media outlet KNews. As a form of vengeance against him, she wanted to find a way to get herself jailed for several months. So Liu decided to get drunk while she was out driving, and when she got into a little accident, she called the police to turn herself in, according to Chinese online media outlet KNews.

However, when police arrived, they said that her license would be suspended for five years. Liu was unhappy with the punishment and tried to get out of the situation by changing her story on the spot.

Who Would Have Guessed That Drinking and Driving Would Have a Bad Consequence?

Liu told KNews her side of the story during an interview. Police did not provide footage of the traffic incident.

At about 6 a.m. on June 11, Liu called the police and said that she had ran into something on the side of the road. She had crashed her white SUV into a rock on the edge of a narrow country road. She she already been drinking.

When the police arrived, he asked Liu what she had run into. “I don’t know, I just ran into something,” Liu told the police, according to KNews. “I ran into it, it wasn’t him,” Liu said, pointing at her boyfriend.

Then, without being questioned by the police, Liu said, “I didn’t run into a person, I ran into a rock, I’m really upset.”

“You can test my B.A.C, I’m very drunk,” Liu said to the police, according to KNews. “You take me in, lock me up for several months,” she said as she began to tear up.

“[You’re] talking crazy,” the boyfriend said as he stroked her head.

“I don’t want to be outside!” the woman yelled back at him. “I just want to be locked up for several months.”

The officer then instructed her on how to use the breathalyzer. She was found to have a BAC of nearly 0.14, far over the legal limit. China’s legal BAC level is 0.02.

The woman breathed several times through the breathalyzer. Then she turned to the police and her boyfriend and said, “Lock me up for half a year, then you’ll be satisfied,” according to KNews.

However, the police then told her what the punishment was for driving while intoxicated.

“I can’t drive for five years?” the woman said. “How are you so awful?”

“Just giving me a small punishment would be enough,” she said, according to KNews.

As the police took Liu away, she tried to talk her way out of the situation, although with little tact. She said, “I didn’t drink alcohol,” then followed by, “I drank, but I didn’t drive.”

Liu was later detained, according to the report.